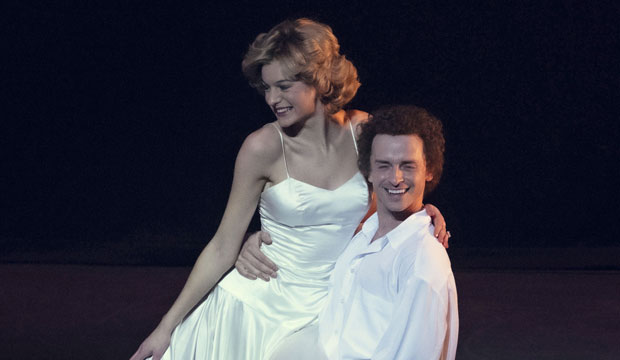 Emma Corrin took on the role of Diana Spencer in the fourth season of Netflix’s “The Crown.” And like the late Princess of Wales, Corrin immediately took center stage as critics and audiences raved about her performance. Now her work as Diana has earned her a Golden Globe nomination for Best TV Drama Actress.

The fourth season of “The Crown” devotes a great deal of time to the turbulent marriage between Diana and Prince Charles (Best TV Drama Actor nominee Josh O’Connor). Diana struggles to find her place within the royal family while becoming a household name at home and abroad. However, the tension in her marriage, amplified by Charles’s affair with Camilla Parker Bowles (Emerald Fennell), begins to take a toll on Diana. She reaches out to her mother-in-law, Queen Elizabeth II (Best Drama Actress nominee Olivia Colman), for guidance but is rebuffed. The stress of her situation leads Diana to develop an eating disorder and have affairs of her own.

SEEWill ‘The Crown’ be the first show to sweep the drama Golden Globes since ‘Homeland’?

At the Golden Globes, Corrin faces off against Sarah Paulson (“Ratched”), Laura Linney (“Ozark”), Jodie Comer (“Killing Eve”) and Corrin’s aforementioned co-star Colman, who won this category last year; Corrin is the sole first-time nominee in this race. “The Crown” earned a total of six nominations, more than any other TV program this year and more than it has ever gotten in a single year. Along with noms for Corrin, Colman and O’Connor, “The Crown” also received nominations for Best TV Supporting Actress (Gillian Anderson and Helena Bonham Carter) and Best Drama Series.

A relative unknown before her role on “The Crown,” Corrin has garnered a slew of nominations at other awards, include Best Drama Actress at the Critics Choice and SAG Awards. But Corrin’s nominations will also be her last for this role. Because the fifth season of “The Crown” will feature an all new cast — Corrin’s role will be played by Elizabeth Debicki — Globe voters will not get another chance to honor Corrin for this breakthrough performance. Will sentiment and the undiminished fascination with Princess Diana propel Corrin to a win?