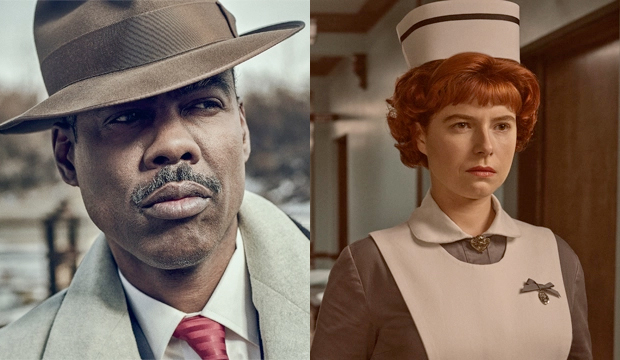 The first three installments of FX’s anthology series “Fargo” earned 11 Golden Globes nominations and won three trophies. For context, that haul is two more bids and the same number of wins as another Globes favorite, this year’s Drama Series frontrunner “The Crown,” which is also competing for its fourth season.

Since its debut in 2014, “Fargo” has enjoyed steady support from the Hollywood Foreign Press Association (HFPA), which votes on the Globes. Its first season won for Best Miniseries and Miniseries Actor (Billy Bob Thornton) with bids for Martin Freeman, Allison Colman and Colin Hanks. The second scored bids for series, Patrick Wilson and Kirsten Dunst, while the third landed bids for series, David Thewlis and won for Limited Series Actor (Ewan McGregor). How will the fourth edition do?

SEE Chris Rock (‘Fargo’): 4 reasons why you shouldn’t underestimate him at the Globes

“Fargo” has its best chances at a bid with Chris Rock in Limited Series Actor and Jessie Buckley for TV Supporting Actress. Both just one spot shy of breaking into our five predicted nominees. In the 1950s-set fourth season, Rock played Loy Cannon, the boss of a Black crime syndicate in Kansas City that faces competition from an already-established Italian mafia family. The role marked a huge career departure for Rock, playing against type in this dramatic role, and he pulled it off with aplomb.

As the installment’s wildest character, Buckley played the devious, racist, and homicidal nurse Oraetta Mayflower, who finds herself unexpectedly ensnared in the escalating war between the dueling crime organizations. Buckley has had a breakout year with not only “Fargo,” but also the Charlie Kaufman film “I’m Thinking of Ending Things,” which is also eligible at this year’s Globes.

“Fargo” shouldn’t be ruled out for a TV Supporting Actor nomination, either. Though a few slots further back in this race, season standouts Glynn Turman and Ben Whishaw are both in our top 10 contenders. Turman has been steadily climbing our odds in the past few weeks and currently stands in 9th place. He made a big impression on the fourth season as Doctor Senator, the right-hand man to Rock’s crime boss, and also competes for a nomination for his turn in film “Ma Rainey’s Black Bottom.”

One spot behind Turman, Whishaw looks to score his second Globes nomination for his heartbreaking turn as Rabbi Milligan, an Irishman working for the mafia who takes Cannon’s son under his wing. He previously won in this category in 2019 for “A Very English Scandal,” and a second win would put him in rare company as one of only five actors to win this category twice.

SEE Will Ben Whishaw (‘Fargo’) become only the 6th to win Golden Globe for Best TV Supporting Actor more than once?

The Globes are notoriously difficult to predict, in part because of the very small size of the HFPA. While this group loves to seek out and award new material, it may not be wise to underestimate “Fargo,” especially since the show returns with a new premise and new cast of Hollywood heavyweights each season.