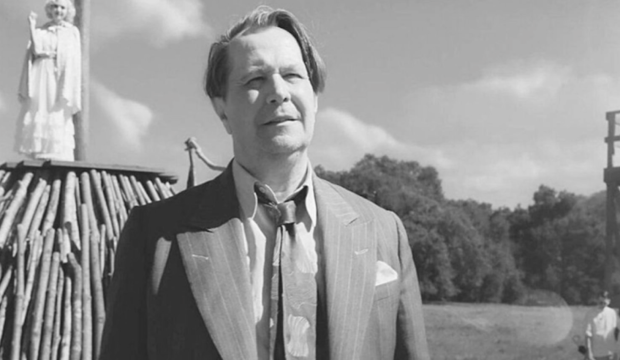 For the first 30 years of his career, Gary Oldman was a go-to answer for the question, “Which overlooked actor is most deserving of awards recognition?” Besides being honored with a SAG nomination for “The Contender” in 2001, he wasn’t shortlisted for any major American awards. In 2012, he finally achieved redemption by earning his first Oscar bid for “Tinker Tailor Soldier Spy.” He then dominated the 2018 season with his portrayal of Winston Churchill in “Darkest Hour,” snagging dozens of trophies, including a Golden Globe from his first nomination. Now, with a second Globe bid for “Mank” this year, he has proven to be more than a one-hit wonder in the eyes of the HFPA.

At the upcoming Golden Globes, Oldman is up for the Best Drama Actor award against Riz Ahmed (“Sound of Metal”), Chadwick Boseman (“Ma Rainey’s Black Bottom”), Anthony Hopkins (“The Father”), and Tahar Rahim (“The Mauritanian”). Rahim and the late Boseman are both first-timers, while Ahmed was previously nominated for his work on the TV miniseries “The Night Of” (2016). Hopkins is on his eighth bid, the first seven of which were unsuccessful.

Netflix’s “Mank” sheds light on the tumultuous development of 1941’s “Citizen Kane,” often cited as the greatest film ever made. The story is told from the perspective of screenwriter Herman J. Mankiewicz, whose dry wit and provocative, self-destructive nature are expertly conveyed by Oldman. With him as the lead, a story about the mundane task of writing a film script becomes a dizzying, booze-fueled journey through time, full of intensity and suspense.

Ahead of the 2021 Golden Globes, “Mank” is the leader of the pack on the film side with six nominations. Besides Best Drama Actor, it is also in the running for Best Drama, Best Supporting Actress (Amanda Seyfried), Best Director, Best Screenplay, and Best Original Score. Helmer David Fincher and composers Trent Reznor and Atticus Ross are all previous winners for their work on 2010’s “The Social Network.”

After weeks of teetering on the edge of our predicted nominees, Oldman’s inclusion in this prestigious lineup has solidified his status as one of the season’s most serious contenders. Those who once clamored for his talent to be rewarded have certainly found satisfaction in the actor finally getting his due.