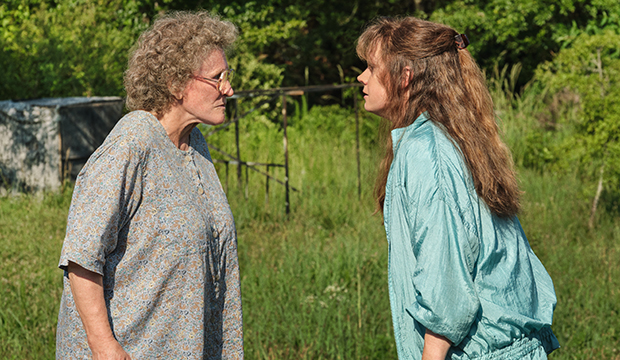 Glenn Close finds herself in the awards race yet again with her performance in “Hillbilly Elegy.” As Mamaw, the feisty grandmother to J.D. Vance, the legendary actress survived the film’s mostly negative reception from critics and now has nominations from the Golden Globes and other major groups like Critics Choice and the Screen Actors Guild Awards. She is now on her way to a potential eighth nomination at the Oscars, where she is hoping to finally win that little gold man once and for all.

Close’s competition in Best Film Supporting Actress at the Golden Globes includes former Oscar rivals Olivia Colman (‘The Father”) and Jodie Foster (“The Mauritanian”). Close has by far the most Golden Globe nominations from this group with 15 previous bids, 13 of which are for acting, while Foster has eight previous nominations and Colman has a 3-for-3 record with two nominations this year as she also contends for “The Crown.” All three have won multiple Golden Globes. Meanwhile, these are the first Globes bids for the other two nominees, Amanda Seyfried (“Mank”) and Helena Zengel (“News of the World”).

Of her previous nominations, Close has won three times: for “The Lion in Winter” in 2005, “Damages” in 2008 and “The Wife” in 2019. She is the only representation for “Hillbilly Elegy” at the Globes, but she was in the same boat two years ago with “The Wife” and managed to pull off a win there. That helped launch her Oscar campaign, picking up additional wins at the SAG Awards and Critics Choice before shockingly losing at the Oscars to Colman for “The Favourite.”

“Hillbilly Elegy” sees Close transforming into Mamaw with face makeup, oversized glasses and body prosthetics. She speaks with a Southern accent and imbues her character with a no-nonsense attitude, as Mamaw doles out life lessons to her drug-addicted daughter and impressionable grandson. It is certainly an overt type of performance on the surface, but Close puts in the work to make the audience understand her character on a deeper level as a woman who has survived abuse and is trying to prevent the cycle from repeating for future generations.

Critics lambasted “Hillbilly Elegy” for its melodramatic tendencies, but even those who despised the film admitted that Close’s performance was one of its saving graces. There are few films as negatively reviewed as “Hillbilly Elegy” that have won an Oscar for acting, but Close’s overdue narrative may be enough to overcome those passionate feelings against the movie itself. Her campaign begins with the Golden Globes, and considering how much the group’s voters don’t like being told how to feel about a movie (see also: two nominations for the critically reviled “Music”), they might give Close the necessary boost to make her Oscar dreams a reality.