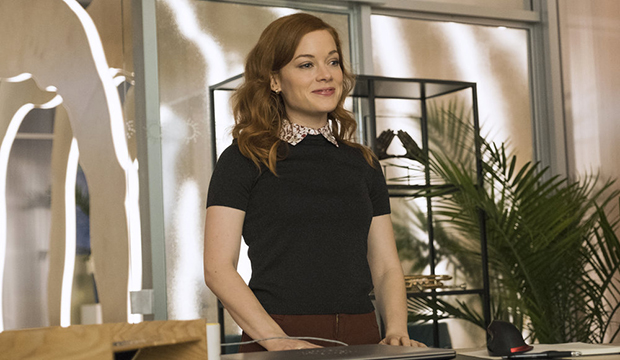 Jane Levy scored her first Golden Globe nomination this year for her eponymous role in “Zoey’s Extraordinary Playlist,” the latest in a long line of actors to be nominated for a TV musical and also continuing the trend for women headlining new comedy series. The Globes have nominated her for Season 1 of NBC’s musical comedy series, which aired from January to May 2020, while the show’s second season, which premiered last month, will be eligible for next year’s Globes.

In “Zoey’s Extraordinary Playlist,” Levy stars as Zoey Clarke, who can see and hear strangers, friends and family unknowingly sing about their intimate feelings to her through song and dance. It’s an emotional roller-coaster of a show that has become a hit with audiences. It wears its heart on its sleeve, especially when characters break out into the emotional musical numbers that highlight each episode.

Levy competes against Lily Collins (“Emily in Paris”), Kaley Cuoco (“The Flight Attendant”), Elle Fanning (“The Great”) and Catherine O’Hara (“Schitt’s Creek”) in Best TV Comedy Actress. Of this group, Cuoco and Fanning join Levy as first-time nominees alongside veteran O’Hara, who is coming off an Emmy win for “Schitt’s Creek” last fall. Collins is the only returning nominee, having scored her first nom at the 2017 ceremony for the romantic dramedy “Rules Don’t Apply.”

The Globes also love honoring actresses in freshman series, particularly in this category. The last 10 years alone, winners in the Best TV Comedy/Musical Actress race have included Rachel Brosnahan (“The Marvelous Mrs. Maisel”) who won for her first season in 2018 (and won again the following year), Rachel Bloom, who won in 2016 for  “Crazy Ex-Girlfriend” and earned another nomination the following year. Gina Rodriguez won for the first season of “Jane the Virgin” in 2015, Lena Dunham won for “Girls” Season 1 in 2013 and Laura Dern triumphed for the only season of “Enlightened” in 2012. If that is the sign of a Golden Globe trend, then that elevates four out of five contenders in this category, as all but O’Hara are vying for a Globe for their debut seasons.

But Levy might have an edge over her other three freshman rivals because she’s the star of a popular TV musical, a rare commodity on TV nowadays. When a TV musical breaks through at the Globes, the Hollywood Foreign Press Association clearly can’t resist. Bloom won in 2016 for her CW musical comedy “Crazy Ex-Girlfriend.” Lea Michele and Matthew Morrison earned two consecutive Golden Globe bids of their own for “Glee” in 2010 and 2011, while their co-stars, Chris Colfer and Jane Lynch, won in the supporting categories. And despite NBC’s two-season musical “Smash” not landing any acting nominations for its stars, the series did score a Best TV Comedy/Musical Series nomination in 2013 despite mixed audience reception.