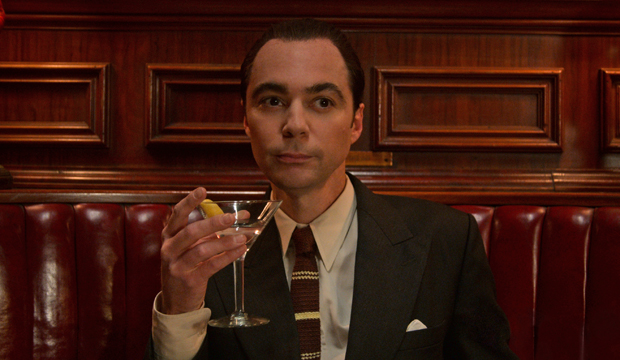 “The Big Bang Theory” came to an end in 2019, and Jim Parsons has taken this opportunity to branch out into darker and more dramatic roles. 2020 saw the sitcom star appear in “The Boys in the Band” and “Hollywood,” both of which explored the experiences of gay men in America. With “Hollywood,” Parsons nabbed his eighth acting Emmy nomination (he lost to Yahya Abdul-Mateen II for “Watchmen”), and now fourth Golden Globe nomination as well. If he comes out on top, it would be his second victory after his win in 2011 for “The Big Bang Theory.”

In the Best TV Supporting Actor category at this year’s Globes Parsons competes with John Boyega (“Small Axe”), Dan Levy (“Schitt’s Creek”), Brendan Gleeson (“The Comey Rule”) and Donald Sutherland (“The Undoing”). Boyega and Levy are both first time nominees, and look like the front-runners. Gleeson and Sutherland are both Globe veterans like Parsons; Gleeson has four bids and Sutherland has two wins from nine noms.

In “Hollywood,” Parsons plays Henry Willson, a real-life talent agent known for his “casting couch” methods of handling the young men he represented, most famously Rock Hudson. Parsons’ performance is big and bold but never crosses the line into being cartoonish; his Willson is larger than life, but still feels like a real person. Parsons nails the nuance of the character, who is both an exploitative sexual predator and a deeply broken man who was oppressed by a society that did not accept his sexuality. Parsons steals nearly every scene he’s in, and the actor is one of the most compelling parts of the show.

Parsons will likely find it difficult to beat out first-timers Levy, whose show is coming off of record setting wins at the Emmys, or Boyega’s turn in Steve McQueen’s highly acclaimed anthology. However, his performance in “Hollywood” is one of the most interesting the actor has ever given, and it shows he is ready and willing to transition beyond the three-camera sitcom. Don’t be too surprised if Globes voters recognize and reward this.