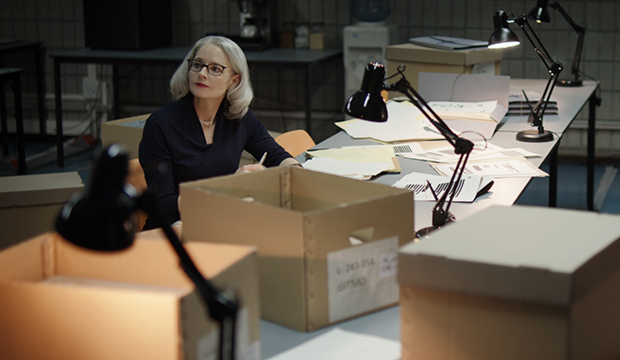 Since she began acting at the age of 6, Jodie Foster has served as a role model for child actors by demonstrating how to effectively transition to a lasting adult career. Now 58, she is an expert at deliberately choosing projects that reflect her own deeply felt convictions. Nearly every character she has ever played has confronted some sort of injustice, often when no one else will. The same is true of her latest role in “The Mauritanian,” which has brought her her eighth acting Golden Globe nomination.

Foster faces off against Glenn Close (“Hillbilly Elegy”), Olivia Colman (“The Father”), Amanda Seyfried (“Mank”) and Helena Zengel (“News of the World”) in the race for Best Film Supporting Actress. All five competitors are new to the category, but Close and Colman have each won three times outside of it. They both took home Best Actress awards in 2019, with Close winning for her dramatic performance in “The Wife” and Colman for her comedic one in “The Favourite.”

“The Mauritanian” is an adaptation of a memoir by Mohamedou Ould Salahi, whose suspected involvement in the 9/11 terrorist attacks led to his 14-year detainment at Guantanamo Bay detention camp. Foster plays Nancy Hollander, a strong-willed defense attorney who learns of Salahi’s plight and takes on the task of proving his innocence. In doing so, the actress adds yet another admirable heroine to her extensive catalog.

Foster’s co-star Tahar Rahim is up for Best Film Drama Actor for his portrayal of Salahi. He is one of 10 film actors celebrating their first Globe bids this year. “The Mauritanian” is one of 18 films to be nominated in at least two categories this year, matching the previous year’s total and falling just one short of the record set by the nominees of 1987.