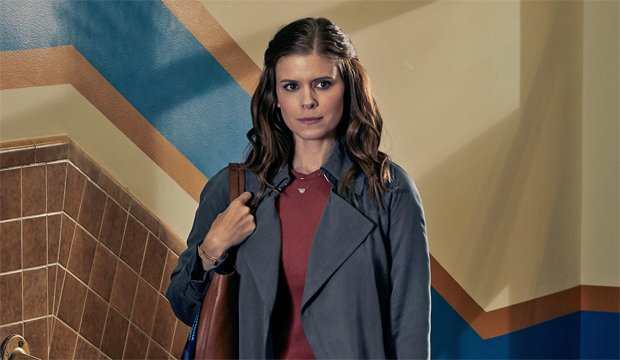 This year’s Best Limited Series/TV Movie Actress field at the Golden Globes is insanely crowded. Among the actresses in contention are past champs Cate Blanchett (“Mrs. America”), Nicole Kidman (“The Undoing”), Octavia Spencer (“Self Made”) and Reese Witherspoon (“Little Fires Everywhere”), past nominees Michelle Dockery (“Defending Jacob”) and Kerry Washington (“Little Fires Everywhere”), and up-and-comers Michaela Coel (“I May Destroy You”), Shira Haas (“Unorthodox”), Daisy Edgar-Jones (“Normal People”) and Anya Taylor-Joy (“The Queen’s Gambit”). Amid this uber-stacked field, I urge you, dear Globe voter, not to forget about Kate Mara, who deserves her inaugural nom for her revelatory turn on FX/Hulu’s “A Teacher.”

Based on series creator Hannah Fidell‘s 2013 film of the same name, the 10-part miniseries chronicles the teacher-student relationship between Mara’s 32-year-old Claire Wilson and Nick Robinson‘s 17-year-old Eric Walker over the span of 11 years — encompassing everything from their first encounter, to the fallout of their affair, to their ultimate estrangement. As Claire, Mara walks a tightrope, playing both someone who violates her role as an educator and someone who, amid an unhappy marriage, finds solace and ecstasy in the relationship with her student. But the actress is up to the task, stripping any sense of pretense off her performance and thus allowing Claire’s morally ambiguous, humanly messy emotions to float on the surface unhinderedly.

Her biggest showcase comes in the final three episodes, when her character is released from county jail after serving time for six months. Here, Mara does arguably her most layered, nuanced character work, running the gamut of emotions as Claire — now an irredeemable criminal in society’s eyes — confronts her new, considerably bleaker reality and reconvenes with her estranged father.

Even though Mara is vying her maiden Globe nomination, she’s certainly no stranger to members of the HFPA, having appeared in, among other projects, drama series winner “Nip/Tuck,” and drama series nominees “American Horror Story: Murder House,” “House of Cards” — for which she was Emmy-nominated in Best Drama Guest Actress (2014) — and “Pose.” What’s more, stardom runs in the family, her sister being Rooney Mara, a two-time Globe nominee herself. Never underestimate the HFPA’s affinity for showbiz families, especially when they can pen a member’s major breakthrough story.

DISCUSS A Teacher limited series from FX on Hulu

Given the HFPA’s proclivity to spread the wealth, Mara’s biggest hurdle might be her FX/Hulu sister Blanchett, who is currently in third place in our odds for her turn as real-life conservative activist Phyllis Schlafly. That being said, recency bias is a real thing, so the fact that “A Teacher” ran from November to December, whereas “Mrs. America” aired in the spring, could give it a significant leg up. And considering Blanchett already bagged an Emmy nom — as one of 10 total citations for the show — acknowledging Mara would be a way for the HFPA to say, “We got to her first!” as it ever so often loves to do.

Rounding out the limited series/TV movie actress top five in Gold Derby’s odds are Taylor-Joy in first place, Haas in second, Kidman in fourth and Coel in fifth. Mara sits in 11th place.