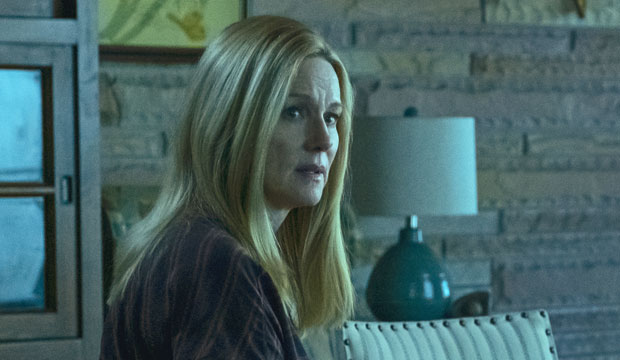 Overlooked for “Ozark’s” first two seasons, Laura Linney has finally scared up her maiden Golden Globe bid for her fiery turn as the cunning Wendy Byrde on the gritty Netflix crime drama. This marks the lucky seventh nomination overall for the actress, who now looks to rake in her third career victory.

In the Best TV Drama Actress category, she faces off against Olivia Colman (“The Crown”), Jodie Comer (“Killing Eve”), Emma Corrin (“The Crown”) and Sarah Paulson (“Ratched”). Of this group, two-time nominee Comer and rookie contender Corrin are the only two who aren’t previous winners. The defending champ in this category for “The Crown,” Colman netted two additional victories for the miniseries “The Night Manager” in 2017 and feature film “The Favourite” in 2019, while Paulson triumphed for the anthology series “American Crime Story’s” first installment, “The People v. O.J. Simpson,” in 2017.

SEETom Pelphrey: Where the eff is ‘Ozark’ scene-stealer in 2021 Golden Globe nominations?

Of them all, Linney has the longest history with the Hollywood Foreign Press Association. She was first nominated on the film side for “You Can Count on Me” in 2001, followed by “Kinsey” in 2005 and “The Squid and the Whale” in 2006. She lost all three races but won on the TV side for the limited series “John Adams” in 2009 and the comedy series “The Big C” in 2011. With her citation for “Ozark,” she returns to the Globes for the first time since accruing her second consecutive bid for “The Big C” in 2012.

In “Ozark’s” third season, Wendy is more front-and-center than ever before. When her bipolar brother Ben Davis (Tom Pelphrey) turns up, he quickly gets wrapped up in the Byrde family’s criminal affiliation with the Navarro drug cartel, causing … well, nothing but problems. Upon realizing that his disorder poses an interminable threat to her family’s well-being, Wendy is forced to take action, leading to Ben’s tragic demise.

For her work in season three, Linney has also reaped Critics Choice, Emmy and Screen Actors Guild Awards citations, and for good reason. When Wendy makes her fateful decision, the actress runs the gamut of emotions as her character is resilient, fearful, angry, panic-stricken, sorrowful — you name it — all at once. Since she lost the Emmy to “Euphoria’s” Zendaya — who was eligible for the HBO series at last year’s Globes but not this year’s — the HFPA could be the first to crown Linney for her acclaimed turn during this storyline.

After earning series-best reviews and tying “Succession” as the most nominated drama series at the Emmys last summer with a whopping 18 bids, “Ozark” finally blew up at the Globes for the first time this year. Jason Bateman‘s pair of Best TV Drama Actor noms in 2018 and 2019 were the show’s only prior recognition from the Hollywood Foreign Press Association. But the show landed a total of four noms this time around, the other three for Best Drama Series, Best Actor again for Bateman and Best TV Supporting Actress (Julia Garner). This quantum leap in love for the show could only help Linney, who has yet to snag a single piece of hardware for her portrayal of Wendy. And season three of the show demonstrated that no one should dare stand in her way. 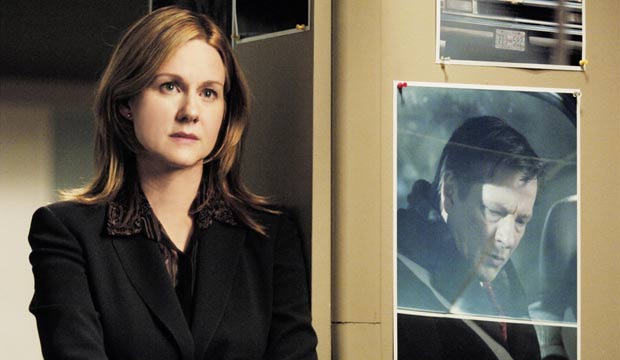