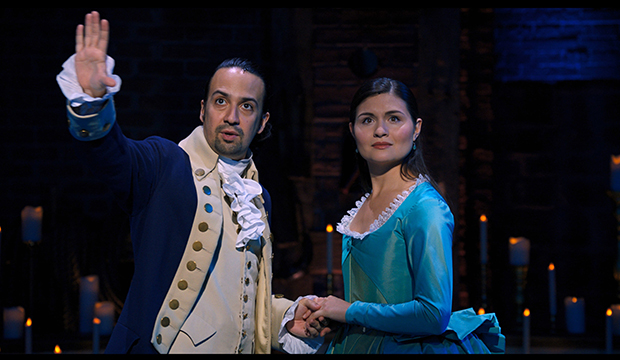 It’s no secret that “Hamilton” is one of Broadway’s greatest success stories. But the Founding Fathers musical isn’t content with just conquering New York. Thanks to the filmed version, which premiered on Disney+ over Independence Day, Lin-Manuel Miranda finds himself nominated for a Golden Globe once again. Can he finally win at this ceremony with his most iconic creation?

This nomination gives Miranda a chance to win a trophy for his acting, something for which the Tonys have yet to reward him. “Hamilton” racked up an impressive 11 Tony Award wins (out of 16 total nominations), with Miranda claiming two of those trophies for original score and book of a musical. But the multi-hyphenate lost the Best Lead Actor in a Musical prize to his co-star Leslie Odom Jr. as Aaron Burr. A similar fate befell Miranda for his musical “In the Heights”: he won the Tony for original score but lost his acting bid.

Odom earned two Globe nominations for “One Night in Miami” (Best Supporting Actor and Best Original Song), but his Tony-winning “Hamilton” performance was shockingly omitted from the comedy/musical actor lineup. The “Hamilton” co-stars have also faced off at the Lucille Lortel and Drama Desk Awards, with Odom Jr. prevailing. The Golden Globes marks the first time Miranda’s performance will not be dueling with Odom Jr. at a major televised awards ceremony.

The Hollywood Foreign Press Association has had no problem nominating Miranda for both his performing and writing skills. He was up in Best Original Song for “How Far I’ll Go” from “Moana” (2016) and competed in Best Film Comedy/Musical Actor for “Mary Poppins Returns” (2018). So perhaps they are ready to finally hand the star a win and certify his abilities as a performer. Sure, many of the nominees in this category gave performances in popular films, but Miranda is the only one who sings songs like “My Shot” that have become woven into pop culture.