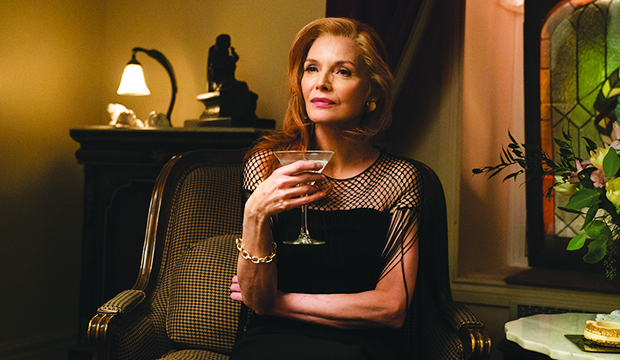 Michelle Pfeiffer has been dazzling audiences as one of Hollywood’s most recognizable leading ladies for decades. Throughout her illustrious career, the Hollywood Foreign Press Association has expressed its adoration for the actress by nominating her eight times at the Golden Globes, including her winning performance in 1990 for “The Fabulous Baker Boys.” Her latest bid is for “French Exit,” a surreal comedy from Sony Pictures Classics that could land Pfeiffer her second Globe and first win in more than three decades.

Pfeiffer faces off against Maria Bakalova (“Borat Subsequent Moviefilm”), Kate Hudson (“Music”), Rosamund Pike (“I Care a Lot”) and Anya Taylor-Joy (“Emma”) for Best Film Comedy/Musical Actress. None of Pfeiffer’s competitors come close to matching the veteran’s eight nominations to date. Pike had two prior bids for “Gone Girl” (2014) and “A Private War” (2018). Hudson was nominated once before (and won) 20 years ago for “Almost Famous.” Bakalova and Taylor-Joy are both first-time nominees, with the latter a double nominee with a second nom on the TV side for “The Queen’s Gambit.”

In “French Exit,” Pfeiffer plays Frances Price, a penniless New York socialite who moves to Paris with her aimless son (Lucas Hedges) and her cat after she spends the last of her dead husband’s inheritance. She’s stoic and cold, yet Pfeiffer is marvelously funny and relatable in her portrayal of a scorned woman coming to terms with the fact that she may have to live a common life. Frances journeys by boat to her borrowed apartment in France, accumulating an unexpected circle of friends along the way.

From 1989 to 1994, Pfeiffer was nominated for six Best Actress Golden Globes in a row; four times for drama and twice for comedy: “Married to the Mob,” “The Fabulous Baker Boys,” “The Russia House,” “Frankie and Johnny,” “Love Field” and “The Age of Innocence.” After a 24-year gap, she earned her seventh nomination for her TV film performance in “Wizard of Lies” in 2018. She won a BAFTA in 1990 for her supporting performance in “Dangerous Liaisons,” for which she also earned her first of three Oscar nominations (“The Fabulous Baker Boys” and “Love Field” were the other two).

If Pfeiffer wins for “French Exit,” she will become just the 11th actress to have Golden Globes for Best Actress in both the drama and comedy/musical genres. Anne Bancroft, Susan Hayward, Nicole Kidman, Shirley MacLaine, Marsha Mason, Julia Roberts, Rosalind Russell, Sissy Spacek, Meryl Streep and Renee Zellweger are the only women who have accomplished this feat to date.