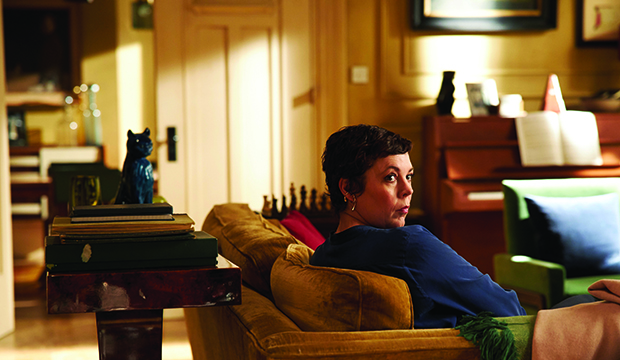 Believe it or not, Olivia Colman has never lost a Golden Globes race. This year she’s nominated twice, and unless she wins both, her 100 percent average with the Hollywood Foreign Press Association will be broken. But that winning streak isn’t the only ground she’s looking to break this year: if she wins Best Film Supporting Actress for “The Father,” it will be her fourth victory in four different categories, two in film and two in television.

Prior to this year, Colman was nominated and won Best TV Supporting Actress for “The Night Manager” in 2017, Best Film Comedy/Musical Actress for “The Favourite” in 2019 and Best TV Drama Actress for “The Crown” in 2020. In order to take the trophy in this fourth category, Colman will have to best Glenn Close who is attempting the same feat with her performance in “Hillbilly Elegy”; Close previously won Best Film Drama Actress, Best TV Drama Actress Best and Limited Series/TV Movie Actress. Jodie Foster (“The Mauritanian”) also contends as a former winner, while Amanda Seyfried (“Mank”) and Helena Zengel (“News of the World”) are up for a Globe for the first time.

In “The Father,” Colman plays Anne, daughter to Anthony Hopkins‘ stubborn Anthony who is struggling with the realization that he’s aging. The two engage in a mental tug of war as they cope with changing circumstances of Anthony requiring full-time care and oversight. The film is based on a play written by its own writer/director Florian Zeller that won numerous theater awards, including a Tony for Frank Langella. As Anne, Colman reminds us that despite acclaim in her regal roles, she is just as captivating in a contemporary piece as a character whose life struggles are more relatable than those of a queen.

Overall, the HFPA was quite taken with “The Father,” doling out four nominations for the intimate drama. Aside from Colman, Hopkins is nominated for Best Film Drama Actor, Zeller contends for Best Screenplay, and the film is up for the top drama prize. Beside the Globe nomination, Colman is also nominated for her performance at the Critics Choice and Screen Actors Guild Awards, and is on the longlist for a nomination at BAFTA. The HFPA will have the first say at whether this is another winning role for Colman.

If Colman can’t win her fourth in this category, perhaps she’ll fare better on the television side, where she’s nominated for the second time as Queen Elizabeth II on “The Crown.” Colman is the reigning champ in that TV drama actress race and could become the fourth actress to win twice in the category. Are you rooting for Colman to break new ground with her flawless record at the Golden Globes? If the queen is to stay queen, she’ll have to win this race… and the other.