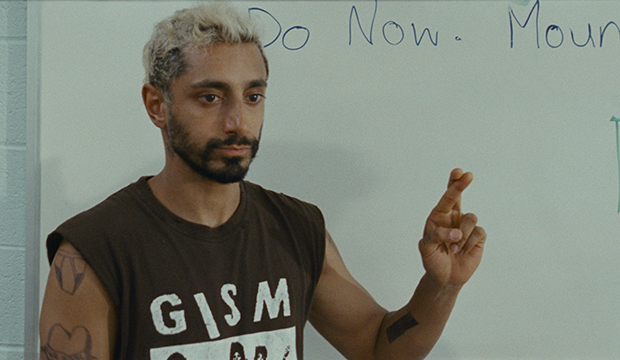 Riz Ahmed earned his first Golden Globe nomination for a film this year with “Sound of Metal,” though it is his second bid overall — the actor was nominated in 2017 for his work on the miniseries “The Night Of.” While he did not win that race, he  could prevail this year thanks to his multilayered work in the Amazon Prime release, for which he has already colllected Best Actor prizes at the Gotham Awards, the National Board of Review and the Toronto Film Critics Association.

Ahmed’s competition at this year’s Golden Globes in the Best Drama Actor category is Chadwick Boseman (“Ma Rainey’s Black Bottom”), Anthony Hopkins (“The Father”), Gary Oldman (“Mank”) and Tahar Rahim (“The Mauritanian”). This is the first Globes recognition for Boseman and Rahim, while Oldman previously won in 2018 for his other bid, “Darkest Hour,” and Hopkins has now collected eight nominations over his extensive career plus the Cecil B. DeMille Award.

In “Sound of Metal,” Ahmed plays Ruben, a heavy metal drummer who is trying to cope with his sudden loss of hearing. The actor devoted several months to learning how to authentically play drums and communicate via American Sign Language and that commitment is seen throughout the film. Ruben is also a drug addict and his experiences at a sober house for the deaf suggest he is on a healthier path towards acceptance and sobriety, but some part of him longs for the life he had before. Ahmed sensitively taps into the emotional turmoil Ruben is going through as he adjusts to a new way of life.

This is the only nomination for “Sound of Metal” at the Golden Globes despite worthy work by worthy co-stars, Paul Raci (as Ruben’s mentor, Joe) and Olivia Cooke (as Ruben’s girlfriend, Lou). Ahmed also reaped Best Actor bids at the Screen Actors Guild Awards and the Critics’ Choice Awards. And he is a prime contender to earn his first Oscar nomination next month.

Ahmed’s stock in the industry has steadily risen since his breakout in 2014’s “Nightcrawler.” Since then he has bounced between blockbusters like “Rogue One” and “Venom” and mid-to-low budget films like “The Sisters Brothers” and now “Sound of Metal” with relative ease. Ahmed became the first South Asian man to win an Emmy for acting in 2017 with “The Night Of,” an HBO miniseries in which he played a man accused of murder. Should he be nominated at the Oscars, he would be only the third Asian actor to earn a bid in Best Actor, behind Ben Kingsley and Yul Brynner, and the first of Pakistani descent.