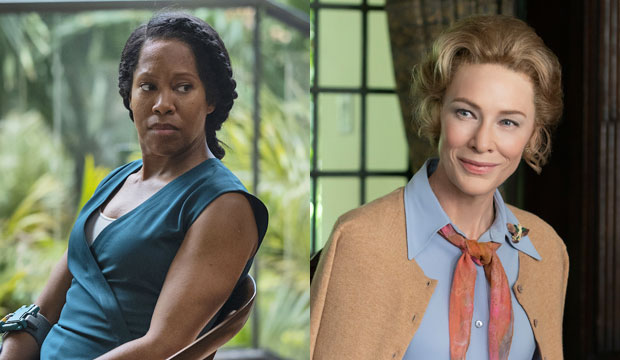 Heads up, Golden Globe fans: Wednesday morning’s slew of nominations will honor the best TV shows of 2020, which means programs that aired during the 2019 calendar year (looking at you, “Watchmen”) are ineligible. Since the HBO juggernaut recently took the Emmys by storm, winning 11 trophies in the limited series races, that means there are some big shoes to fill at the 2021 Golden Globes. So what’s predicted to win Best Limited Series/TV Movie now?

According to our Golden Globe predictions, “The Queen’s Gambit,” “Unorthodox,” “The Undoing,” “Mrs. America” and “Normal People” will be the five series nominees. Three other programs have better than 100/1 odds: “Small Axe,” “I May Destroy You” and “The Good Lord Bird.” There’s still time to make or update your Globe predix before the nominations are announced on February 3, so get to it!

“The Queen’s Gambit” (Netflix) tells the story of a young girl (Anya Taylor-Joy) who becomes fascinated by chess while growing up in an orphanage. It streamed last October and became an instant viral sensation. Taylor-Joy is predicted to win the lead actress award, while Bill Camp and Marielle Heller are possible Globe nominees for playing her mentor and adopted mother, respectively.

“Unorthodox” (Netflix) stars Shira Haas as an Orthodox Jewish woman who runs away from her New York home to start a new life in Germany. Maria Schrader surprised on Emmy night with a victory for directing the intimate miniseries.

SEE Hugh Grant (‘The Undoing’): How that stunner of an ending could give him a boost at the Golden Globes [SPOILERS]

“The Undoing” (HBO) aired last fall, with Nicole Kidman and Hugh Grant earning raves for this project from writer David E. Kelley and director Susanne Bier. The murder mystery exploded in the zeitgeist as fans wondered each episode who actually killed the young female artist.

“Normal People” (Hulu) was surprisingly snubbed in the Emmy race for Best Limited Series, though it did pick up noms for lead actor (Paul Mescal), writing, directing and casting. The Irish series follows the burgeoning relationship between Marianne (Daisy Edgar-Jones) and Connell (Mescal)

Last year “Watchmen” was completely skunked by the Hollywood Foreign Press Association, but not because voters didn’t like it. As it turns out, the timely program about mask-wearing and social injustice competed as a drama series (not a limited series) last winter at the Globes. Many people just blindly assumed there would be a second season, particularly after the strong showing for its first. It wasn’t until January 2020, a month after the Golden Globes revealed their nominations, that showrunner Damon Lindelof announced the program’s completion. Had “Watchmen” been submitted as a limited series at the Globes, there’s no telling how much love it would have received.