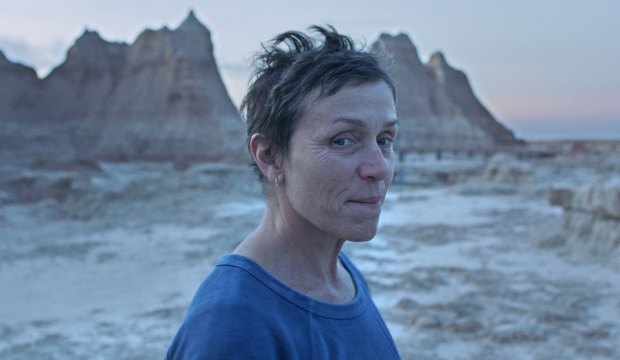 The Gotham Awards for independent film are being handed out tonight, January 11. More than 1,200 Gold Derby users have been predicting the winners since nominations were announced in October, and their predictions have been combined to generate our official racetrack odds. Scroll down to see our forecasts in 10 categories, with the nominees listed in order of their odds and our projected winners highlighted in gold.

“Nomadland” is the favorite to win Best Feature at these awards, which it would add to its already abundant pile of plaudits. It has already been named the best film of the year by critics in Boston, Chicago, Indiana and Greater Western New York, not to mention the Alliance of Women Film Journalists and the National Society of Film Critics.

But this wouldn’t be the first time director Chloe Zhao claimed this prize. Her previous film “The Rider” prevailed in 2018 even though it flew under the radar for most of that awards season. It even beat bigger Oscar contenders that year “The Favourite,” “First Reformed” and “If Beale Street Could Talk.” “Nomadland” has a much higher profile, as it’s our Oscar front-runner for Best Picture as of this writing, so does that make it a shoo-in?

Maybe, but maybe not. The Gothams differ from other awards in that winners are not decided by an organization at large. Though they’re presented by the Independent Filmmaker Project, winners are chosen by small juries of film industry professionals. Those juries change from year to year and from category to category, which means big surprises are not only possible, but almost inevitable.

Nevertheless, we’re betting on additional wins for Chadwick Boseman (Best Actor for “Ma Rainey’s Black Bottom”), who is also receiving a posthumous Actor Tribute from the IFP. We’re projecting other victories for “First Cow” (Best Screenplay), “Time” (Best Documentary), “Watchmen” (Breakthrough Series Long Form) and Sidney Flanigan (Best Actress for “Never Rarely Sometimes Always”), among others. Check out our complete forecasts below, and make or update your own predictions here in our predictions center before prizes are handed out at 8:00pm Eastern.