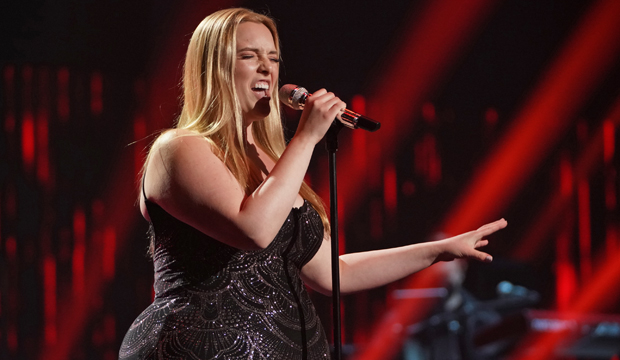 Ahead of Sunday’s Top 4 episode of “American Idol,” Season 19 front-runner Grace Kinstler has just released her new single, “Love Someone.” This 20-year-old college student from Lakewood, IL has been predicted to win the crown for much of this season, according to Gold Derby’s racetrack odds. Listen to Grace’s love ballad below, which is giving us major Kelly Clarkson vibes, aka the powerhouse vocalist who won “Idol” back in Season 1. (See the show’s winner list.)

“When you love somebody, love someone, you live and you learn,” Grace sings on the record. “You rise and you fall, but somehow it’s worth it all.” On the May 16 episode, the final four artists will each sing three songs live for America’s vote: their winner’s single, a personal song choice and a song mentored by special guest star Finneas. “Love Someone” is Grace’s winner’s single.

Here’s a sneak peek at my new single “Love Someone”! Out Friday, the Pre-save link is in my bio😊♥️ 🥳
•
•
•#music #artist #record #singer #original #love pic.twitter.com/9uCxSTGac6

Grace originally went viral with her audition of “Natural Woman” by Aretha Franklin. She easily received a golden ticket to Hollywood Week, where she took on “10 Seconds” for the genre challenge, “Grenade” as her duet with Alyssa Wray and “Father” as her showstopper. All three judges — Lionel Richie, Luke Bryan and Katy Perry — praised her for her soulful voice and easily put her through to the Top 24.

When she hit the big stage, Grace sang “Queen” as her solo song and “Midnight Train to Georgia” as her celebrity duet with Joss Stone. Her live show performances have included “Elastic Heart” (Top 16), “Dangerous Woman” (Top 12 live reveal), “Happy” (Oscar week), “Into the Unknown” (Disney week), “Fix You” (Coldplay song) and “When We Were Young” (Mother’s Day song).

Do you think Grace will win? Let’s take a peek at the current “American Idol” winner predictions for our Top 4 singers, according to their most recent odds. Keep in mind that Caleb Kennedy is no longer on the show because of his recent controversy.