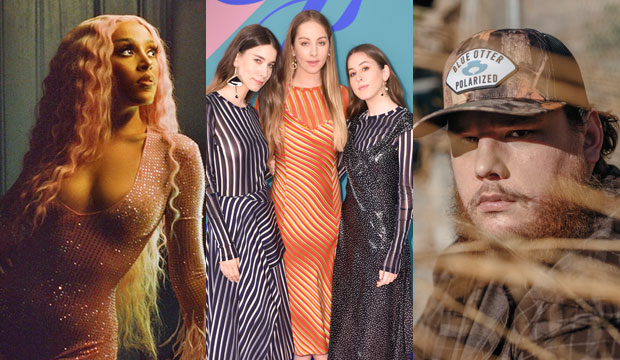 If you’re a Grammy follower, then you might’ve heard of the panels that are involved in the nominations process. Every year people often blame big snubs on Grammy voters as a whole, despite most of these coming from said panels. But what exactly are they?

Grammy panels serve different purposes. There’s the screening panel that reviews the work submitted and places it in the correct genre. A few artists have had their material disqualified by the screening panel, like Beyoncé’s “Daddy Lessons,” which was thrown out of competition after the screening panel for country decided that was a wrongful submission. Similarly, Post Malone’s “Beerbongs and Bentleys” was ruled not rap enough by the rap screening panel; it was moved to pop categories instead.

Then there are nomination review committees. Their process is simple: the general membership votes in first-round, then the top 20 vote-getters in the general field are evaluated by the committee, which consists of at least 20 music generalists. This panel listens to the material (though they’re not required to listen to it in its entirety), then discuss said work.

SEE‘Cats’ redeemed? Thanks to Taylor Swift, the movie musical could win more Grammys than The Weeknd

And according to the Grammy rulebook, the conversation about the songs, albums, and artists should be focused on the music, and panel members aren’t allowed to contribute “auxiliary comments” about anything not directly related to the recording. This could explain why social issues like Black Lives Matter didn’t have as strong an impact on the general field as expected; unless they were directly related to the music (as with H.E.R.‘s Song of the Year nominee “I Can’t Breathe”), voters simply couldn’t talk about it. This could also explain how Dr. Luke received a nom for Record of the Year as a producer Doja Cat‘s “Say So” (under pseudonym “Tyson Trax”) despite previous sexual abuse allegations against him, since this wasn’t directly related to his work in question. Through this process, the panel votes for the final eight nominees in each general category, and those are the nominees.

In genre categories, this works slightly differently. The committee only chooses from among the top 15 vote-getters, not the top 20, and panel members can bring into conversation two albums or songs that didn’t make the top 15, as long as they’re considered notable omissions. While not confirmed, this could’ve happened with something like Anderson Paak’s “Ventura,” which Billboard reported had not been submitted to a genre category, but later got a nomination (and eventually a win) for Best R&B Album. Perhaps Paak’s album was submitted to the wrong category and the screening panel rejected it, but was brought into consideration again by the R&B nominations panel.

SEEJanelle Monae went ‘All In,’ and now she could win her 1st Oscar before her 1st Grammy

Not all categories use panels. American roots, children’s, classical, contemporary instrumental, country, dance/electronic, Christian contemporary/gospel, jazz, Latin, music video/film, new age, R&B, rap, rock, and world music each have their own nomination review committee, while pop, alternative, comedy, musical theater, spoken word, reggae, and visual media don’t (meaning whatever gets the most votes is nominated, with no middle man). Every other genre works with a craft committee, which is virtually a nominations review committee but more focused on the craft since they work in categories like engineering and art design. (Here‘s an infographic on all this.)

The credibility of the panels has been called into question before. Even former recording academy CEO Deborah Dugan alleged that the process was full of conflicts of interest and self-dealing. Big snubs like country star Luke Combs and R&B breakout Summer Walker this year can be attributed to panel choices, for instance, though the reasons are unclear since the identities of committee members and their affiliations are unknown.

SEEWhat a 3rd Taylor Swift Grammy win for Album of the Year would really mean for music?

That said, panels can also give visibility to artists whose public profile is too low to get a nom on a straight popular vote, and they often add a little more diversity into the mix, so it’s not like panels are all bad; critically-adored artists like HAIM and Lorde probably owe their latest AOTY nominations for “Women in Music Pt. III” and “Melodrama,” respectively, to the general field panel, since they missed out in the popular vote in their genres (alternative and pop).

But are panels ultimately necessary? We’ll let you be the judge, but do keep in mind that “Melodrama” is only a Grammy-nominated album due to a nomination review committee next time you’re listening to it (which I hope you are!).