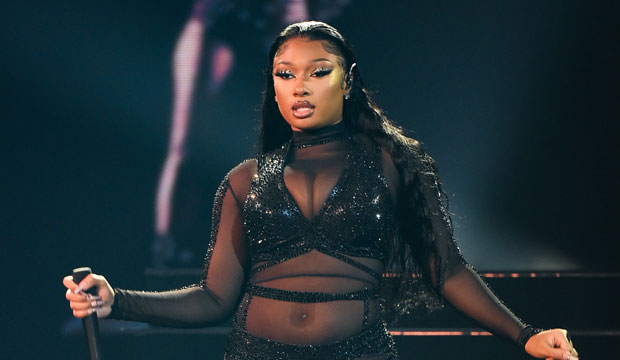 The Grammy nominations were announced on November 23 during a live stream at 9:00am Pacific/Noon Eastern. And who wasn’t nominated was almost as surprising as who was. We placed our bets in the top four general field categories. Scroll down for 26 noteworthy omissions from the top four categories. And check out the nominations list here.

Completely absent from the general field are Ariana Grande (except as a featured artist on Doja Cat‘s “Planet Her” for Album of the Year), Megan Thee Stallion (except as a featured artist on Lil Nas X‘s “Montero”), and Kacey Musgraves. They were nominated in genre categories, however. Grande got two pop noms, while Megan is up for one rap award (not Best Rap Album, though, which is completely male-dominated) and Musgraves has two country bids for her song “Camera Roll” (the rest of her album was categorized as pop, where it was snubbed).

Meanwhile, Taylor Swift did earn a nomination for Album of the Year for “Evermore,” plus an extra bid in that category as a credited songwriter on Olivia Rodrigo‘s “Sour” … but that’s it. One year after she won Album of the Year for “Folklore,” she didn’t receive any other nominations besides the top category, which means a complete shutout in the pop field.

Also missing from the top categories was BTS, who for the second year in a row received just a single nom for Best Pop Duo/Group Performance, last year for “Dynamite” and this time for “Butter.” Foo Fighters missed Album of the Year for “Medicine at Midnight,” though they did show up three times in the rock field. Who do you think was most egregiously snubbed from the Grammy nominations. Join the discussion on this and more with your fellow music fans here in our forums.