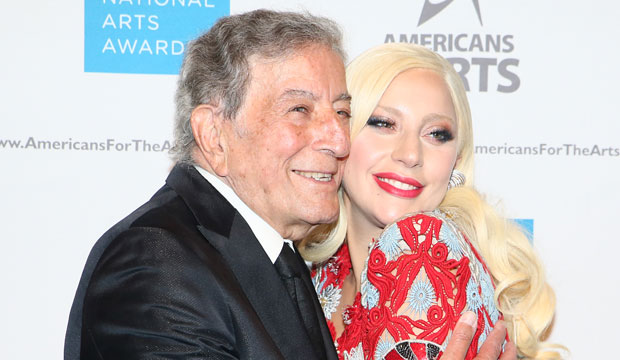 We were surprised on Grammy nominations morning on November 23 when it was announced that there would be 10 nominees in each of the general field categories instead of eight as has been the case in recent years. But even with the expanded lineups, you can always count on the recording academy to deliver surprises. Out of the 40 nominations across Album of the Year, Record of the Year, Song of the Year, and Best New Artist, there were 15 our odds didn’t foretell. Scroll down to see what those surprises were.

These Grammy noms were more challenging to predict because this was the first year in decades when the nominations weren’t decided by secret nomination review committees. How would the complexion of the awards change without those intermediaries between the voting members and the final list of contenders? It probably helped veterans like ABBA (Record of the Year nominee) and Tony Bennett (Album and Record of the Year nominee with Lady Gaga) break through after several years of the Grammys veering away from their elder statesmen and stateswomen in the top categories.

It also probably helped popular stars like Justin Bieber and Kanye West. Last year Bieber surprisingly cleaned up in the pop nominations, which weren’t decided by nomination committees, but he was snubbed in most categories that did have committees, including the general field. So getting the committees out of the way might have been the key to Bieber securing his Album, Record, and Song of the Year nominations this year.

Meanwhile, West has mostly been on the outs with Grammy voters in recent years, but maybe that was just a result of the committee system. He’s a longtime Grammy darling (he has 22 trophies in his collection), and this year he earned five bids including Album of the Year for “Donda,” despite receiving decidedly mixed reviews upon its release and backlash for featuring accused rapist Marilyn Manson (who is also a Grammy nominee as a result). West even infamously posted a video on social media of him appearing to urinate on one of his many Grammy trophies. Perhaps the recording academy is hoping to give him a replacement?

Check out more surprises below.

OUT OF NOWHERE
These nominees were so unexpected they weren’t even in our predictions center.

RECORD OF THE YEAR
ABBA, “I Still Have Faith in You”
Jon Batiste, “Freedom”

BIG SURPRISES
These underdogs made the cut despite 100/1 odds.

ALBUM OF THE YEAR
Kanye West, “Donda”
Jon Batiste, “We Are”

RECORD OF THE YEAR
Brandi Carlile, “Right on Time”
Tony Bennett and Lady Gaga, “I Get a Kick Out of You”

CLOSE CALLS
We knew these nominees had a shot, but they weren’t in our top 10.