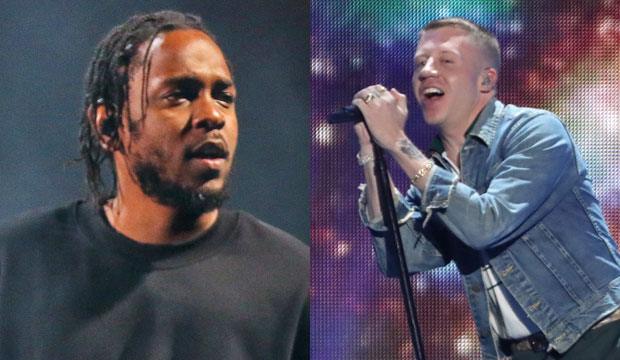 The Best New Artist category tends to be a controversial one at the Grammys. The recording academy often goes for “safe” choices instead of more forward-thinking or critically acclaimed artists, so a good chunk of winners peak the year they win in terms of popularity and/or critical love. On the other hand, there are a number of category losers who have had successful careers afterwards, some obvious and some turning out to be real surprises in the long run. Here are five years in particular where the Best New Artist losers ended up winning in the end.

While disco group A Taste of Honey did have a very big hit with “Boogie Oogie Oogie” in 1978, they faded relatively fast, only notching one more top-10 hit on the Billboard Hot 100 before disbanding in 1983. Meanwhile, rockers Toto and Elvis Costello were pivotal in their genres and have had longer-lasting impacts. Toto went on to notch multiple hits, including the classics “Africa” and “Rosanna,” the latter of which won the band a Record of the Year award in 1983 while its parent album, “Toto IV,” won an additional five Grammys including Album of the Year. Costello and The Cars are both considered icons themselves for their contributions to pop and rock music, and both garnered Grammy nominations after their BNA bids, though only Costello won, earning his first Grammy surprisingly recently for Best Traditional Pop Vocal Album in 2020.

SEEHow does Kacey Musgraves’s ‘Star-Crossed’ compare to her Grammy-winning ‘Golden Hour’? The critics have spoken

If the name Marc Cohn doesn’t ring a bell for you, I don’t blame you. The singer-songwriter is mostly known for his song “Walking in Memphis,” his only top 40 hit. While the Grammys aren’t supposed to be about sales, one does wonder how dominant artists like Boyz II Men and Seal, both staples of ’90s R&B and pop, lost to a one-hit wonder. Cohn’s win was a classic case of the Grammys going for a “safe” adult-contemporary artist over more impactful names. It’s probably safe to say that Boyz II Men and Seal don’t mind their losses in hindsight. Both had bigger careers than Cohn, and both won Grammys after their loss. Seal even swept one year with his song “Kiss From A Rose,” which won him Record and Song of the Year.

Fiona Apple and Erykah Badu are staples of modern alternative and R&B music, respectively. So their loss to Paula Cole is a bit of a shock in retrospect. Cole is a singer-songwriter who had chart success with her album “This Fire,” which garnered her three top-40 hits, including Record and Song of the Year-nominated “Where Have All The Cowboys Gone?” Cole’s win, at the moment, wasn’t a surprise; at the time she had a bigger commercially impact than Apple and Badu, and she was nominated in all four general field categories, which almost always foretells a BNA win. However, Cole quickly faded from the public eye, while Badu and Apple cemented their status as trendsetters in their respective genres. Apple recently won two Grammys for her acclaimed album “Fetch the Bolt Cutters,” while Badu has won four Grammys since her loss.

SEEGrammy flashback: Kanye West and Amy Winehouse upset by Herbie Hancock in 2008, and maybe that was a good thing

I’d have to write a separate piece to cover why Shelby Lynne’s win was kinda fraudulent; long story short, the singer had multiple albums under her belt before she won (five to be exact). But Lynne’s win also simply didn’t age well. Country superstar Brad Paisley ended up with a more successful career, accumulating 14 ACM Awards, 15 CMA Awards, and three Grammys, not to mention a plethora of hits. R&B star Jill Scott also would’ve aged better as a choice since she has earned three Grammys just like Paisley, as well as three Soul Train Music Awards and one VMA.

No shade to the rap duo here, but there is a reason why their Grammy wins are often ridiculed. The other four nominees here ended up outlasting the act in terms of both buzz and Grammy success. Kendrick Lamar has had an amazing career with huge critical success, big album eras (especially his 2017 year-end number-one album, “Damn,” which even won a Pulitzer Prize), and 13 Grammys. Fellow nominee Ed Sheeran is also now a huge decade-defining pop star, earning four Grammys and incredible chart success with some of the biggest hits in Billboard history. The other two, despite more muted commercial success, have been critical darlings. Kacey Musgraves has won six Grammys, including Album of the Year for her highly-acclaimed record “Golden Hour.” And James Blake continues to stun critics, earning one Grammy himself as well. This is one of the few BNA lineups in history where every artist has since won a Grammy.