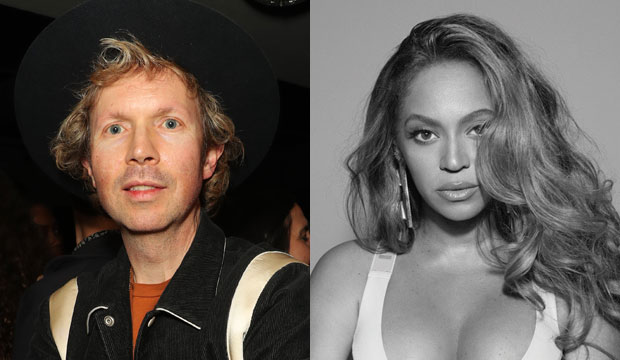 Few Grammy Awards were as memorable as the 57th annual event. That night, Sam Smith almost swept the general field, Kendrick Lamar won his first awards, and Sia delivered one of the most memorable Grammys performances of the 21st century. But most importantly, the 2015 ceremony was remembered for the last award presented, which would prove not only controversial but, to many people, an exemplification of certain problems with the recording academy that have only gotten worse since then. The night of the 57th Grammy Awards was defined by one big question: how did Beck beat Beyonce?

To understand Beck’s landmark win, we first have to take a short look into his previous work. Beck has been known for making eclectic yet mainstream alternative music. His debut album, the folk-driven “Golden Feelings,” didn’t receive much attention. It wasn’t until his third studio album, “Mellow Gold,” that Beck got his first Grammy nomination for the hit single “Loser.”

That nomination was followed by a lot more Grammy attention, including two Album of the Year nominations (for “Odelay” in 1997 and “Midnite Vultures” in 2001), two Grammys for Best Alternative Music Album (“Odelay” and “Mutations” in 2000), and a bunch more nominations. However, by his 11th studio album, “Modern Guilt,” Beck’s pop-rock sound was starting to wear off with the recording academy; despite still being a consistent nominee, he stopped winning after that 2000 win for “Mutations.” Beck then took a break, doing some side projects, as well as recovering from some health issues. Then, after almost six years of darkness, came “Morning Phase.”

“Morning Phase” was instantly acclaimed, scoring an 81 on Metacritic. It was a return to Beck’s folkier side, and a more personal and subdued record than his flamboyant pop/rock efforts. The Guardian wrote, “[‘Morning Phase’ is] a slow, almost ethereal affair, a far remove from his more rambunctious records like ‘Odelay’ or ‘Midnite Vultures.’”

The album was also compared to his 2002 album “Sea Change,” which had often been listed as one of his best works, and a fan-favorite. NPR even wrote that, “while Morning Phase isn’t a direct sequel to ‘Sea Change,’ it shares many of the same themes and sounds: less space-funk and more lush ballads, with soaring orchestral parts.” The reviews were there for Beck, and his comeback narrative was strong as well. And, as we would later see with albums like Taylor Swift’s “1989” and “Folklore,” the Grammys love it when artists change up their formula, especially if they are taking risks. So Beck was sure to win one or two awards, but how did he cross over to the general categories?

“Morning Phase” was nominated in a highly competitive year. Eminem’s “The Marshall Mathers LP 2,” Miranda Lambert’s “Platinum,” Jack White’s “Lazaretto,” Ariana Grande’s “My Everything,” and Katy Perry’s “Prism” were all ignored for the top category. Instead, the nominees were Beck, Beyoncé’s self-titled album, Ed Sheeran’s “X,” Sam Smith’s “In the Lonely Hour,” and Pharrell Williams’s “Girl.” Beyoncé and Smith seemed to be the front-runners, with most people assuming this would finally be the time that Beyoncé won the award.

“Beyonce” was not only a huge success commercially, it also garnered career-best reviews for her. Smith did not have such glowing reviews, but their album was a roaring success and very baity with its sensitive adult-contemporary ballads. Before the big prize, four out of the five nominees had won awards. Smith picked up Pop Vocal Album for “Lonely Hour,” Record and Song of the Year for “Stay with Me,” and Best New Artist. Pharrell took Best Music Video and Best Pop Solo Performance for “Happy” and Best Progressive R&B Album, in what was a huge upset to Beyoncé. But the queen herself won Best R&B Song and Best R&B Performance for “Drunk in Love,” as well as Best Surround Sound Album. Finally, Beck won Best Rock Album and the all-important Best Engineered Album.

Beck’s win was probably the result of three factors. First, some heavy vote-splitting likely occurred. R&B and hip-hop crowds may have been divided between Beyoncé and Williams, especially considering since Williams beat the favored Beyoncé in the R&B category. Sheeran and Smith, on the other hand, might have appealed to the same type of singer-songwriter crowd, which likely cost Smith the win (I would place Smith as the likely runner-up). This really helped Beck, who likely had his usual rock and alternative supporters, but might’ve also gotten some Americana and country crossover votes.

SEEDrake vs. Kanye West and other rap battles to watch out for at 2022 Grammys

The second thing that helped Beck was genre bias. Beyoncé may have been way too “urban” for the average Grammy voter, who have often not taken R&B and hip-hop artists seriously enough. And perhaps they viewed Sam Smith as a knock-off Adele (British powerhouse vocalist singing about heartbreak). But above those two factors, Beck’s narrative as an overdue underdog taking risks so late into his career proved to be successful, and his stops on “SNL,” “Ellen,” and more that season definitely helped his campaign.

While “Morning Phase” is an admittedly excellent record and one of the most inspired wins in Grammy history, it is important to acknowledge the biases that allowed it to win. We can celebrate Beck finally getting real Grammy recognition while also discussing the Grammys’ continual distaste for urban music in the general categories. “Beyoncé” wasn’t Queen B’s first AOTY snub (and it wouldn’t be her last), and the record did feel influential in a way that neither “Morning Phase” nor any of the other nominees did.

So “Beyoncé” joined a list of classics that lost the top prize to less-remembered albums. It’s in great company though; records like Usher’s “Confessions,” Amy Winehouse’s “Back to Black,” and Radiohead’s “In Rainbows” are a few that lost to veterans but have remained classics of the 21st century. And of course, Beyoncé would eventually become the most awarded female artist in Grammy history, so has she really lost?