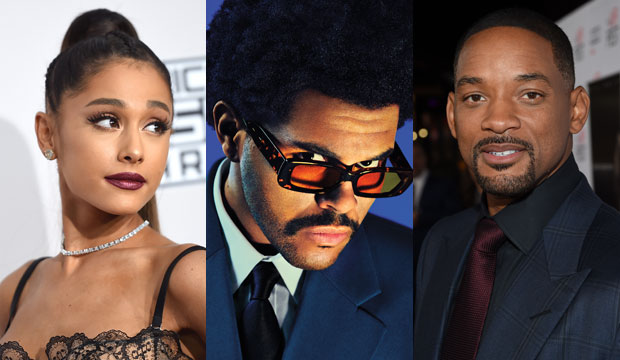 After his highly controversial snubs at the 2021 Grammy Awards, singer-songwriter The Weeknd expressed that he will no longer submit his music for consideration, citing the “secret panels” (probably meaning the nomination review committees) as the reason why. However, The Weeknd is far from the first artist to have beef with the Grammys. From not attending the awards to outright dissing the institution and not submitting their work, here are a few artists who also decided to declare a Grammys boycott over the years.

The acclaimed R&B singer-songwriter made headlines in 2016 for his decision not to submit his album “Blonde” for consideration. This was an unexpected choice given that Ocean was not only a previous Grammy winner, but that “Blonde” was highly acclaimed and would’ve surely gotten love somewhere. Ocean explained his decision to the New York Times, stating that “[the recording academy] just doesn’t seem to be representing very well for people who come from where I come from, and hold down what I hold down.”

Ocean later clashed with longtime Grammy producer Ken Ehrlich, who responded to Ocean’s criticism about the Grammys by claiming that Ocean’s disappointing musical performance during the 2013 telecast was to blame for his sour grapes and that if he felt that way, he should attend the show and perform again. Ocean fired back, calling the Grammys “old” while dissing the institution for awarding Taylor Swift’s “1989” for Album of the Year over Kendrick Lamar’s “To Pimp A Butterfly” in 2016, calling it “hands down one of the most ‘faulty’ TV moments.”

Grande is one of multiple performers who boycotted the 2019 ceremony by not attending, though her case was different from the others. From what we know, Grande was upset by comments from Grammy producer Ehrlich (again) saying that she would not be performing at that year’s Grammys because of late planning, claiming she “felt it was too late for her to pull something together.”

“I’ve kept my mouth shut but now you’re lying about me,” Grande quickly clapped back at Ehrlich on Twitter. “I can pull together a performance overnight and you know that, Ken. It was when my creativity and self-expression was stifled by you, that I decided not to attend.” Grande didn’t come to the show at all, let alone perform, even though she ended up winning her first career trophy at that event, thanking voters on Twitter for her Best Pop Album victory for “Sweetener.” She’d later return to the Grammy stage the following year and made peace with Ehrlich.

SEEWill Lil Nas X return to Grammys after causing a satanic panic with ‘Montero (Call Me by Your Name)’?

Actor and musician Donald Glover, also known as Childish Gambino, had a big 2018 with his instantly viral song “This Is America” receiving widespread acclaim and becoming his first number-one single on the Billboard Hot 100 as well. Glover’s success was reflected in the 2019 Grammy nominations, where he scored Record and Song of the Year nominations, as well as Best Rap/Sung Performance and Best Music Video — all for “This Is America” — along with Best R&B Song for his breezy track “Feels Like Summer.” Gambino ended up sweeping his four “This is America” noms, making “This Is America” the first hip-hop song to win in the general field.

So it was confusing that the big winner wasn’t even there, leaving Ludwig Goransson (co-writer and producer on “This Is America”) to give the acceptance speeches for the rest of the night. While Gambino never stated the reason for his absence, many credit it to hip-hop’s lack of representation, especially in the general field.

Another actor/musician, Will Smith, won the inaugural Best Rap Performance award at the 1989 Grammys for his song “Parents Just Don’t Understand” with DJ Jazzy Jeff . However, due to the Grammys’ treatment of the rap genre, shutting a lot of rap artists out (especially in the top races) and not even televising the rap categories, Smith and Jazzy Jeff decided to boycott, joined by multiple other nominees in the same category. They would eventually win another Grammy a couple years later for their smash hit “Summertime,” for Best Rap Performance by a Duo or Group.