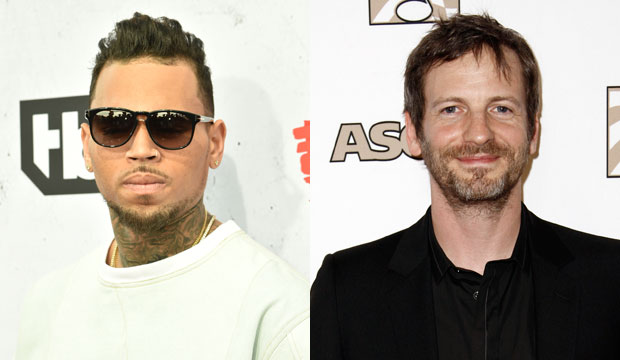 Doja Cat’s been having a phenomenal couple of years. Her hit “Say So,” which peaked at number-one on the Billboard Hot 100, recently earned her two Grammy nominations, and she’s also nominated for Best New Artist. However, one of those nominations in particular — Record of the Year — comes with some controversy. That category nominates the producers, mixers, and engineers of a song as well as the artist, and “Say So” was produced by none other than Dr. Luke, under the name Tyson Trax. In case you’ve been avoiding pop news in recent years, Luke was accused of sexual assault by previous collaborator Kesha in a highly publicized case (Kesha ended up losing the lawsuit, though the whole ordeal inspired her two-time Grammy-nominated album “Rainbow”).

Doja Cat is a little controversial herself. Last year she got into some hot water after videos of her hanging in virtual chat rooms with incels surfaced online, among other things. All this raises the question: should award shows care about the artists’ behavior and controversies beyond the music up for consideration?

The Grammys are no strangers to controversial nominees. Also this year, Kanye West landed a bid  for Best Christian Contemporary Music Album for “Jesus is King” despite tweeting a video of himself urinating on one of his 21 Grammys. Before that, in 2017, West got a couple of nominations for his song “Famous,” which contained a risky line claiming about Taylor Swift, “I made that bitch famous.” All of this came in the middle of a public feud between Swift and West, and at the time it looked like the Grammys implicitly sided with West; Swift’s response album, “Reputation,” got only one nom, and her song specifically addressing the feud, “Look What You Made Me Do,” was completely snubbed. Though Swift does seem to have gotten the last laugh considering that she’s likely to win Album of the Year for the third time this year for “Folklore.”

On a similar note, Chris Brown netted a Best R&B Album win in 2012 for “F.A.M.E.” not long after he was infamously charged with assaulting then-girlfriend Rihanna, even receiving a standing ovation from a few in the crowd (yes, the video is online). Brown has kept receiving noms throughout the years, with his most recent being last year for his hit “No Guidance.” These noms continue to rub a lot of Grammy fans the wrong way, since Brown has still been in the news these past few years for some sort of reported assault/abuse.

Some argue that the Grammys nominating Dr. Luke perpetuates a culture of men not being held accountable for their wrongdoing. Among these is Grammy winner and three-time nominee this year Fiona Apple, who during an interview with the Guardian addressed the nominations, saying that “[The Grammys] had [Kesha] up there singing ‘Praying’ and now they’re gonna go: ‘Oh, but it’s Tyson Trax!’” Apple also commented that the Best Rock Performance category this year, which is all-female for the first time ever, felt more like a PR move than a genuine change for the better, saying it’s “exactly what [the Grammys] want me to do.”

SEE‘Cats’ redeemed? Thanks to Taylor Swift, the movie musical could win more Grammys than The Weeknd

However, there’s clearly also a portion of the industry that thinks that an artist’s music should be judged independently of context; it’s even in the Grammys’ own rules. As per the rule book: “Auxiliary comments — concerning such items as the circumstances of the recording, personal anecdotes, whether a nomination will or won’t result in a win, and other subjects not directly related to the finished product as submitted — are forbidden [at committee meetings].” This would mean that, even if they felt it was necessary, no panel member would’ve been allowed to bring up Dr. Luke’s past when discussing noms, though of course bias one way or the other might have been there anyway.

The conversation on separating the art from the artist has been quite divisive these last few years, especially in the wake of the #MeToo movement that has forced many institutions to confront the predatory behavior of powerful men. What do you think: is it good to snub songs based on the artist’s actions to uphold higher values, or should said actions not be considered?