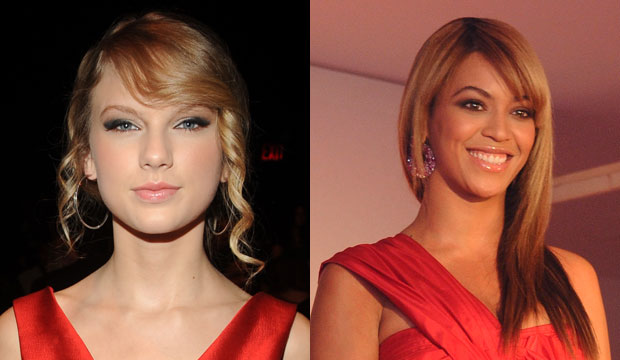 Looking back, it’s amazing that we had a year like 2010 when pop icons Taylor Swift (“Fearless”), Beyoncé (“I Am … Sasha Fierce), Lady Gaga (“The Fame”), and The Black Eyed Peas (“The E.N.D.”) — defining artists in the 2000s and 2010s pop scene — were all nominated for Album of the Year. It’s definitely not a surprise given the genre-bending sounds of those albums, which influenced a whole generation of artists. But ultimately, in what could be considered a bit of an upset or a great triumph — depending on who you ask — Swift had an iconic moment, beating her fellow nominees (most infamously Beyoncé) with her record-breaking sophomore project.

SEEThe Weeknd says ‘The Dawn is Coming’ following ‘After Hours’ success, but it’s still a no for the Grammys [WATCH]

Swift was an up-and-coming country singer when she garnered a Best New Artist nomination in 2008, ultimately losing to Amy Winehouse as part of her Grammy sweep for “Back to Black.” But Swift continued her success with “Fearless,” which was led by the hit singles “Love Story” and “You Belong With Me” that remain two of her signature songs. Those achievements proved that Swift wasn’t a flash in the pan and that her success was fueled by consistently top-notch songwriting, which became the staple of her career.

But what about her competition? As successful as their albums were, Lady Gaga, The Black Eyed Peas, and the Dave Matthews Band (“Big Whiskey and the GrooGrux King”) were not really front-runners. Beyoncé was a top contender for the prize for an album that produced hits like “Halo” and “Single Ladies (Put A Ring On It).” But Beyoncé herself — or more accurately, a friend of hers — might’ve contributed to Swift’s win. It’s possible that outcome was influenced by the infamous Kanye West VMA incident, where West bounded on stage to protest Swift’s victory in a category over Beyonce while Swift was trying to deliver her acceptance speech. That might’ve built up goodwill for Swift and her album.

What Swift also had that Beyoncé didn’t was the newcomer/ingenue narrative that the Grammys love so much. Before Swift, we saw young female artists like Alanis Morrisette and Norah Jones win Album of the Year for their breakthrough records. And since Swift, young female singer-songwriters like Billie Eilish, Alessia Cara, and Dua Lipa have won top awards (Olivia Rodrigo might also join the list this coming year). The Grammys often can’t resist a gifted songwriter bursting onto the scene.

Yet none of this probably would have mattered if Swift didn’t have one common factor among most Album of the Year winners: cross-genre appeal. “Fearless” was more accessible to pop crowds than her self-titled debut album without alienating her country peers (something that might have hurt Swift’s “Red” a few years later). The 2010 Grammys were one of the few cases where all of the Album of the Year nominees might have appealed to a broad spectrum of voters. Lady Gaga could’ve gotten pop and dance votes, Beyoncé won awards in both pop and R&B fields, The Black Eyed Peas made music that could have crossed over from dance to pop to rap, and Dave Matthews Band have had success with rock, alternative, and Americana crowds. So for Swift, getting those country votes all to herself probably really helped push her over the edge.

But the fact that Beyoncé, a Grammy darling, failed to win with her most pop-friendly album in terms of its sound and success prompted questions about whether the Grammy system made it almost impossible for predominantly Black genres like hip-hop and R&B to win Album of the Year. In recent years, we have been seeing some positive change, with artists like H.E.R., Megan Thee Stallion, and Childish Gambino winning some of the top awards, in addition to other people of color like Bruno Mars collecting general field prizes. That said, when it comes to Album of the Year, Black artists in particular are still getting short shrift; the last to win the category as a lead artist was Herbie Hancock 13 years ago for “River: The Joni Letters” (the fact that his album was a collection of covers of a white artist doesn’t help).

Knowing that Swift would go on to win the top prize twice more for “1989” and “Folklore” while Beyoncé still has no AOTY Grammys to her name, it’s reasonable to looking back and question Swift’s first win. But it is impressive to see an artist win the top prize at such a young age (at age 20, she was the youngest winner ever until Eilish won a decade later at 18). And Swift has definitely proved herself in the years since; “Fearless” was just the beginning of the accolades for “one of the greatest living songwriters” (as per “Folklore” producer Aaron Dessner).