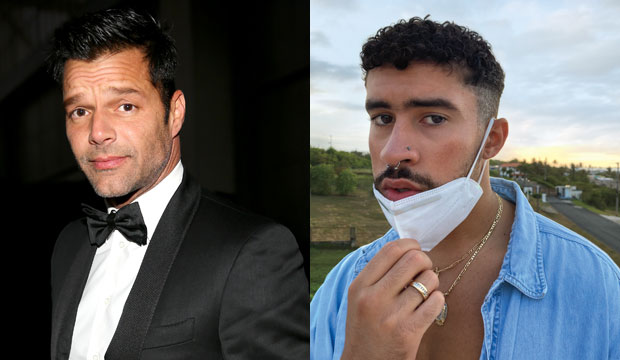 Incorporating a wide range of genres from hip-hop to alternative to pop, the Latin music categories at the Grammys (not to be confused with the Latin Grammys, a different ceremony that took place last fall) shine due to the great selection of albums that the panel constantly chooses. This year we got everything from blockbusters to critical favorites and veterans all gunning for Grammy glory come March 14. Let’s consider who’s out front to win two of the most anticipated races.

This is a great category. Four of the five contenders were Latin Grammy Album of the Year nominees, and all of them won a Latin Grammy in one category or another. “3:33” by Debi Nova won Best Engineered Album. Bad Bunny won Best Reggaeton Performance for “Yo Perreo Sola” from the album that he’s nominated for here, “YHLQMDLG.” Camilo won Best Pop Song for “Tutu” from his currently nominated album “Por Primera Vez.” Ricky Martin won Best Contemporary Pop Album for “Pausa.” And Kany García won Best Singer/Songwriter Album for “Mesa Para Dos.” Out of these, Nova is probably out due to having far less name-recognition than the other four, which is often a major disadvantage.

Camilo, a first-time nominee, is undoubtedly a huge star in Latin America, but his album might not have the English crossover appeal to win over these Grammys, and the fact that he lost Best Pop Vocal Album to Ricky Martin at the Latin Grammys is probably the last nail in the coffin. Similarly, Kany García might have a hard time beating Martin and Bad Bunny, who are more established names in the English-speaking world.

So this category is kind of a toss-up between those last two. Bad Bunny might seem like an obvious choice due to the overwhelming success of his album, which peaked at number-two on the Billboard 200 and became one of the biggest Spanish-language albums in the US ever, but his Latin Grammy under-performance (only one win out of nine nominations) might be a sign that he just doesn’t click as well with his peers in the music industry.

On top of that, Martin is very well liked by NARAS, being two-for-two in this category (“Vuelve” in 1999, “A Quien Quiera Escuchar” in 2016), the latter of which he won against Grammy favorite Alejandro Sanz (despite Sanz beating him at the Latin Grammys).

This is the first year pop and urban albums have competed against each other (urban albums were previously grouped with rock and alternative), so whoever wins is going to be a strong indication of whether there’s an urban bias among Grammy voters, and if there’s that much love towards Ricky Martin.

SEEBillie Eilish and Dua Lipa broke the Grammys’ Best New Artist curse: Will this year’s winner have the same success?

This one is probably going to Argentinian veteran Fito Páez for “La Conquista del Espacio.” Páez has been promoting the album heavily, it won two awards at the Latin Grammys, and he might be the best known out of the nominees. However, Lido Pimienta’s “Miss Colombia” was highly acclaimed. The album was also a Polaris Music Prize nominee, and she’s based in Toronto, so she could also have a high enough profile for voters.

If those two fall short, Cultura Profética (“Sobrevolando”) could upset. Looking at past winners, a good chunk of them are Puerto Rican, which might indicate a strong voting bloc of Puerto Rican musicians in NARAS.