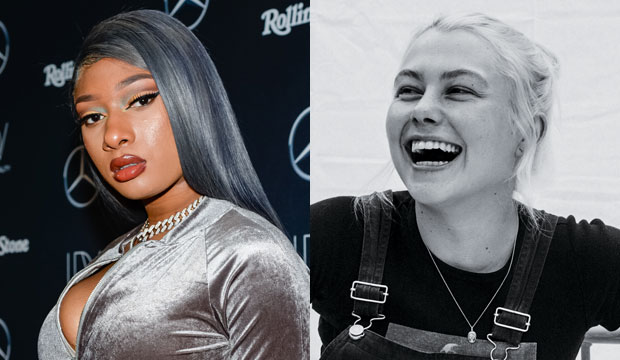 The Grammys have a pretty shoddy track record when it comes to awarding hip-hop artists outside of their designated genre categories. But this year it looks like Megan Thee Stallion will be a rare rapper to win Best New Artist. Could Grammy bias strike again, though? According to the combined predictions of Gold Derby users, the artist she most has to worry about is Phoebe Bridgers.

Arrested Development was the first rap act to win Best New Artist (1993). They were followed by Macklemore and Ryan Lewis (2014) and Chance the Rapper (2017). You might also count Lauryn Hill (1999), whose landmark solo album “The Miseducation of Lauryn Hill” included rap even though the album as a whole was categorized as R&B by the academy. Other lauded rappers like Kanye West, Drake, Nicki Minaj and Kendrick Lamar have lost over the years.

The good news for Megan is that the Grammys often gravitate to big hit-makers in the category, and she had as undeniable a breakthrough year as you could ask for with two chart-topping singles (“Savage” and “WAP”) and a debut full-length studio album (“Good News”) that was released after the eligibility period but before academy members started voting for winners. So she was making waves at just the right time.

But sometimes voters prefer critical darlings who aren’t quite as dominant on the charts, like Shelby Lynne (2001), Esperanza Spalding (2011), and Bon Iver (2012). That could benefit Bridgers. She may be perceived as more highbrow to voters who historically haven’t taken rap as seriously as other genres. She’s nominated for three additional awards in the rock field, and she’s predicted to win this prize by one of Gold Derby’s Editors, one of our Top 24 Users who got the highest scores predicting last year’s Grammy champs, and two of our All-Star Top 24 who got the highest prediction scores when you combine the last two years’ results.

Our odds suggest that this race will come down to these two artists, so which way will the academy go? And which way do you think they should go?