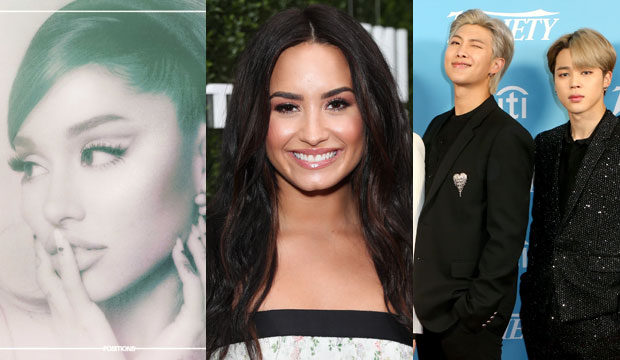 With the 2022 Grammys eligibility period more than halfway done, it’s time we take a closer look at some early contenders in the pop field. It’s the only major field without a secret nomination review committee besides alternative, so it’s typically full of big commercial hits as well as some name-checks of familiar academy favorites. Let’s dive in.

Olivia Rodrigo’s “Drivers License” is probably the safest front-runner at this point in the year. The song is the biggest hit eligible so far, spending eight weeks at number-one. All but one of the last 10 winners of this category have been huge hits, with eight reaching number-one; the only exceptions are Ed Sheeran’s “Thinking Out Loud,” which was blocked from the top spot by “Uptown Funk’s” incredible 14-week run, and Lady Gaga’s “Joanne.” First-time nominees also have a solid history in this category; Lizzo’s “Truth Hurts,” Lorde’s “Royals,” and Harry Styles’s “Watermelon Sugar” all won in their first years competing. Those are all good signs for Rodrigo’s candidacy.

Still, voters also love rewarding past winners. Billie Eilish’s “Therefore I Am” or “Your Power,” Ariana Grande’s “Positions,” and Taylor Swift’s “Willow” could all show up and be competitive for a win if voters aren’t feeling Rodrigo, especially if the breakup song skews a little too teen for older voters. As for the remaining contenders, Doja Cat’s “Streets,” Justin Bieber’s “Anyone,” and Sheeran’s “Afterglow” are likely next in line. Dua Lipa’s “We’re Good” could show up if the “Future Nostalgia” love continues following her surprise Best Pop Album victory this year, and SZA could perhaps get her first pop nom if “Good Days” is submitted here instead of in R&B.

This category is looking to be pretty stacked this year. Dua Lipa and DaBaby’s “Levitating” is probably the front-runner so far, but it’s definitely neck-and-neck with Justin Bieber’s “Peaches” featuring Giveon and Daniel Caesar. Both songs are big hits, but “Peaches” will likely surpass “Levitating” in total units soon, though Bieber’s pop history is a little lackluster (neither of his two Grammys wins was in a pop category). These are probably the top two out of the released material so far. And while Doja Cat and SZA’s “Kiss Me More” is brand new, it feels like a strong pop contender that will have the success to back it up.

The remaining spots could be filled by Bad Bunny and Jhay Cortez’s “Dákiti,” which peaked in the top five of the Billboard Hot 100 and has had longevity, and AJR’s “Bang!” which was also a top-10 hit. That said, will both songs still have enough momentum after peaking early? If not, Demi Lovato and Ariana Grande’s “Met Him Last Night”; Billie Eilish and Rosalía’s “Lo Vas a Olvidar”; a BTS single like “Film Out,” “Life Goes On,” or “Butter”; and Ariana Grande, Doja Cat, and Megan Thee Stallion’s “34+35” remix could be right there to fill those spots.

So far the closest albums to locks here are Justin Bieber’s “Justice,” Ariana Grande’s “Positions,” and Taylor Swift’s “Evermore.” Any of those three could win: Grande has the most pop wins in her career thus far (including one in this category for “Sweetener“), Swift has the most acclaimed project (and a past win here for “1989”), and Bieber has the most hit singles off his album. But keep an eye out for Olivia Rodrigo and Billie Eilish’s upcoming albums.

Besides those top contenders, Demi Lovato’s “Dancing WIth The Devil … The Art of Starting Over” makes sense as a potential nominee since Lovato has two previous pop noms and it has an emotional backstory (it was recorded alongside a documentary series about her struggles with addiction and recovery). Shawn Mendes’s “Wonder” and Miley Cyrus’s “Plastic Hearts” are also not out of the realm of possibility despite not making as big of a commercial impact as some of their previous work. Finally, past pop field nominees BTS (“BE”) and Lana Del Rey (“Chemtrails Over the Country Club”) could perhaps be the kinds of surprise additions we often get.