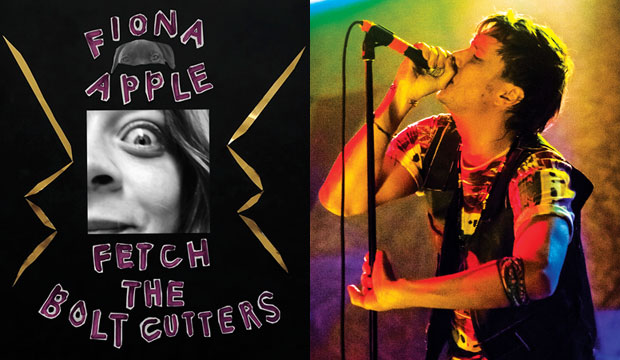 The race for rock Grammys is especially tight this year. From first-time contenders to overdue veterans, let’s consider who’s out front in album categories when the gold is handed out on March 14.

The Strokes (“The New Abnormal“) may have a big advantage here: they’ve been heavily overlooked by the Grammys, this being their first nomination ever after a long and impactful career in rock music. So voters might want to honor them now given the support their latest album had (strong reviews and a number-one bow in album sales) and after years of inexplicable snubs.

However, could their constant snubs mean that Grammy voters simply don’t like them that much? After all, not all their omissions over the years can be chalked up to the fickle nomination review committees. Perhaps this paves the way for Sturgill Simpson to score a win for “Sound and Fury.” Simpson is already a Grammy winner and previous Album of the Year nominee for “A Sailor’s Guide to Earth,” which means that he’s already liked by voters. If someone were to upset the Strokes, he might be the one.

SEEWill Bad Bunny be redeemed at the Grammys after under-performing at the Latin Grammys?

As with the Rock Performance and Rock Song categories, this will likely be a battle between Fiona Apple (“Fetch the Bolt Cutters“), Phoebe Bridgers (“Punisher”), and Brittany Howard (“Jaime”). Perennial nominee Beck (“Hyperspace”) could win as a name check and based on their clear love for him since they’ve given him this award three times before. However, I’m expecting (and hoping for) a more refreshing and up-with-the-times pick from the academy. Apple is probably going to win this based on how much buzz there has been for “Bolt Cutters” in the music sphere, but don’t sleep on “Jaime” or “Punisher.”