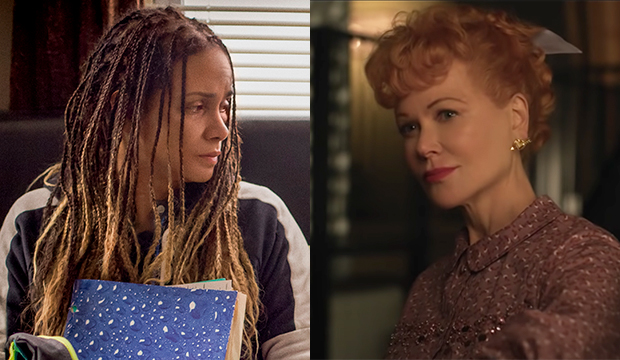 Halle Berry and Nicole Kidman earned their first Oscar nominations in 2002, for “Monster’s Ball” and “Moulin Rouge,” respectively. Berry made history as the first Black performer to win the Oscar for Best Actress, while Kidman would win the very next year for “The Hours.” Now, 20 years later, they may meet again in Best Actress, thanks to their Oscar-friendly new vehicles, “Bruised” and “Being the Ricardos.”

Berry not only stars in “Bruised” as an aged MMA fighter but the film marks her first directorial effort. While the film has not been universally acclaimed, she has received a number of positive notices for her performance, which checks a number of boxes the academy tends to like. She is playing a down-on-her-luck fighter who is also dealing with a tumultuous personal life, similar to previously nominated and winning films like “Rocky” (1976), “Million Dollar Baby” (2004) and “The Wrestler” (2008). Berry “de-glammed” and trained extensively for the part, on top of exploring heavy themes about redemption and motherhood.

Then there’s Kidman, who transforms into television icon Lucille Ball in “Being the Ricardos.” Early buzz was skeptical when it came to Kidman’s casting, but recent screenings have proven doubters wrong. Critics have suggested that while Kidman doesn’t quite match Ball physically — and writer and director Aaron Sorkin never wanted her to to — she does inhabit the spirit of the comedy legend.

Kidman is being predicted to earn a Best Actress nomination by a majority of Gold Derby users, according to the latest odds. It would be her fifth Oscar bid overall. Meanwhile, Berry is currently in 12th place; it would be her first nomination since that win 20 years ago. On top of this possible reunion, one of their other competitors in 2002, Judi Dench, is expected to contend this year for “Belfast” in Best Supporting Actress.