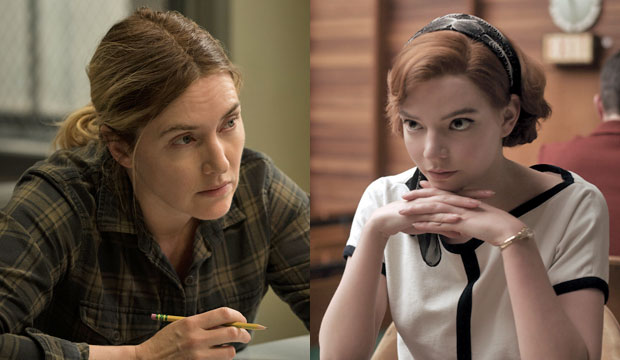 The battle between HBO and Netflix for the most nominations rages on. In 2019 it was HBO that came out on top thanks in no small part to the final season of “Game of Thrones.” Then Netflix dominated the tally in 2020. But in 2021 it’s HBO back in the winner’s circle … barely. Check out the list of Emmy nominations here.

HBO, whose total includes the premium cable network as well as their new streaming service HBO Max, has a total of 130 bids. Its top performer was the drama series “Lovecraft Country” with 18 nominations, which is ironic since that show’s cancellation after one season was announced after voting for these nominations closed. HBO also had a strong show with the limited series “Mare of Easttown” (16 nominations) and the comedy series “Hacks” (15 nominations).

SEE2021 Emmy nominations: 50 most unforgivable snubs include ‘The Falcon and the Winter Soldier,’ ‘Girls5eva,’ Pedro Pascal …

Netflix only fell short of HBO’s total by one: it has 129 citations across all categories. But it does boast the most nominated program of the year with “The Crown” recognized 24 times, almost double the show’s previous hauls. The royal British drama previously received 13 nominations for season one, 13 for season two, and 13 again for season three. The streaming pioneer is also nominated 18 times for the limited series “The Queen’s Gambit” and 12 times for the new drama “Bridgerton,” which is by all means cause for celebration for the online outlet.

Rounding out the top five are NBC with 46 nominations, almost half of which (21) are for the sketch comedy series “Saturday Night Live,” and Apple TV+ with 34 nominations, almost two-thirds of which (20) went to the breakout comedy “Ted Lasso.” Check out the list below of all the networks that received double-digit totals or more:

SEE‘The Crown’ and ‘The Mandalorian’ rule the Emmy nominations with 24 apiece, while ‘WandaVision’ wows with 23