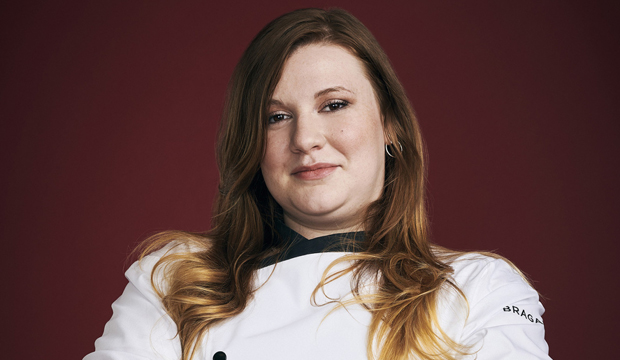 “Morgana might be baby-faced, but tonight she behaved like a baby when her fish station struggled,” Gordon Ramsay claimed at the end of the fifth episode of “Hell’s Kitchen” Season 20. The host ended up taking Morgana Vesey‘s jacket after she repeatedly brought him raw salmon during dinner service. That, when combined with her lack of a strong voice, sealed her fate. He explained further, “The protege I’m looking for needs to be confident and outspoken. Morgana was neither.”

Before being eliminated, Morgana tried to fight for herself when she was nominated by her Red Team alongside Payton Cooper. “I learned from tonight,” she stated. “I learned what not to do. I fought even though I was drowning. I’m just gonna keep pushing myself to do better.”

Payton’s pitch? “Chef, going over to the red kitchen, I feel like I didn’t have the confidence in my team. There were a couple of them that I didn’t feel the confidence back at me.” When Gordon asked who didn’t have his back, he threw out Brynn Gibson‘s name, because she had accused him during dinner service of not knowing the menu. “Brynn told me straight up she did not feel as confident up with me coming on the Red Team,” Payton noted. Brynn, however, denied the accusations.

Gordon decided that Morgana was the weakest link on her team, so he took her jacket and hung it up in the hall of losers. During her post mortem exit interview, Morgana declared through tears, “I’m disappointed in myself. I should have done better. I should have asked for help. I should have reached expectations that I was given. I know I can cook, but tonight I just didn’t perform.”