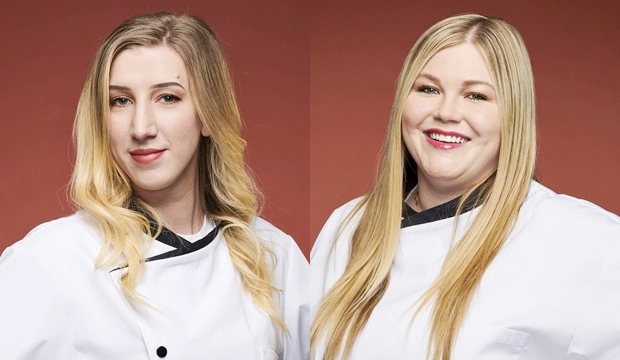 Gordon Ramsay runs “Hell’s Kitchen” like a brigade, solely calling the shots each week about who stays and who goes. Well, according to the results of our recent poll, the renowned chef made a big oopsie in last week’s episode when he eliminated Nicole “Nikki” Hanna instead of Amber Lancaster. A whopping 92% of viewers said Nikki should have been the person to receive the final black jacket, compared to only 8% who agreed Amber was the right choice. What do YOU think?

Let’s recap. In lieu of normal dinner service, Chef Ramsay tasked each of the final six contestants with earning their spots in the final five. First up was the “taste it now make it” challenge, with Mary Lou Davis and Declan Horgan impressing the host with their palates. Next was the “briefcase ingredients” challenge, in which Cody Candelario and Kori Sutton prevailed by making elevated dishes using random fixins. That left only Nikki and Amber still without their black jackets.

Gordon tasked both ladies with cooking dishes resembling their childhood. Nikki’s home-inspired dish was a baked pork chop with scalloped potatoes and green beans. Amber decided on a filet with mashed potatoes and pearl onions. “Two exceptional dishes,” the host declared. “Dishes that were cooked with heart, soul. But more importantly, the passion was evidence.” He claimed he could “taste” the story of both of their lives, but that Amber’s was better so she’d be staying in the competition.

“Nikki, you may not have earned a black jacket, young lady, but you have earned my respect,” he noted while eliminating the 25-year-old line cook from New Hampshire. “You are the most improved chef that I’ve ever witnessed in the history of this competition. And so I will personally fly you to any of my restaurants around the world for as long as you like. The world, young lady, is your oyster.”

Nikki may not have won the title of head chef at Gordon Ramsay’s Lake Tahoe Restaurant, but she left with her head held high. “Every day that I woke up here in Hell’s Kitchen, I had to pinch myself,” she said in her exit interview. “Every single person here had at least 10 years of experience on me, so I was constantly having to prove myself. I grew exponentially in my time here. This is the most incredible experience I’ve ever had.”

Who do you hope goes on to win “Hell’s Kitchen: Las Vegas”: Amber, Mary Lou, Declan, Cody or Kori? Let us know by sounding off down in the comments section.