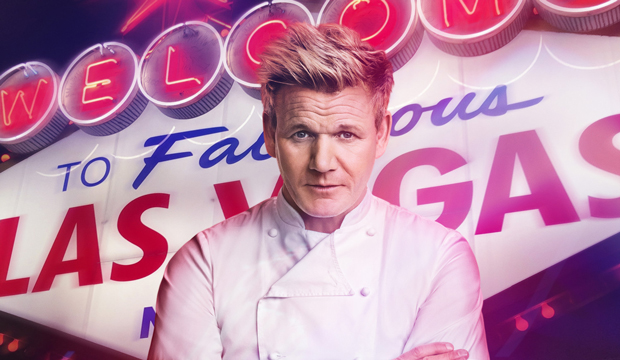 For the first time ever, “Hell’s Kitchen” has left its longtime home in Hollywood to film its 19th season in Las Vegas. Don’t worry — this cycle was produced long before the Covid-19 pandemic began raging across the globe. That’s why the 18 new chef-testants aren’t social distancing or wearing masks as they compete in Sin City. Once again all the power belongs to host Gordon Ramsay, who will eliminate one person every week until only one remains as the winner of the head chef position at his new restaurant in Lake Tahoe. So who was the first person eliminated from “Hell’s Kitchen: Las Vegas”?

Below, read our minute-by-minute “Hell’s Kitchen” recap of the Season 19 premiere, titled “Welcome to Vegas,” to find out what happened Thursday, January 7 at 8:00 p.m. ET/PT. Then be sure to sound off in the comments section about your favorite aspiring chefs on Fox’s reality TV show and who you think has what it takes to win the entire competition. The remaining contestants are:

8:00 p.m. — “Previously on ‘Hell’s Kitchen’!” The 18th season finale aired way back in February 2019, so it’s been nearly two years since viewers saw Ariel Contreras-Fox win the competition. She beat out runner-up Mia Castro during that memorable “Rookies vs. Veterans” installment. Ariel’s prize was an executive chef position at Gordon Ramsay Hell’s Kitchen Restaurant at Caesars Palace in Las Vegas, Nevada. Who will follow Ariel into the winner’s circle for Season 19? Let’s get started!

8:10 p.m. — The excited contestants arrive at Gordon’s Hell’s Kitchen restaurant in Las Vegas. As they get a feel for each other, Amber seems to be a notable chef with a resume other contestants are well aware of. Suddenly Gordon pops up and explains to them that the Hell’s Kitchen they’re standing in is one of the top three grossing restaurants in America. He tells them this to inspire them since one of them will win this contest and become the head chef of Hell’s Kitchen in Lake Tahoe. After checking out the restaurant, Gordon hops in a helicopter and tells everyone else he’ll meet them in Los Angeles. After waiting in a fake airport, the chefs finally walk into a hangar that is actually where they’ll compete. Gordon is back, this time in his signature white chef’s shirt, to inform them they’ll be staying in Las Vegas to compete!

8:20 p.m. — Gordon introduces the Red Kitchen sous-chef, season 10 winner, Christina Wilson. The Blue Kitchen sous-chef is Season 7 runner-up Jason Santos. Next, the chefs introduce themselves to Gordon and explain what they’ll be making for their first challenge — their signature dish. Then, to complicate things further, Gordon tells them they won’t be making signature dishes! Instead, one chef from each team will compete head-to-head using the same three ingredients. They’ll all have 45 minutes to cook and Gordon assures them that the winning team will love the prize. They get to work and the kitchen is absolute chaos with all these cooks. Kenneth finishes his dish with 20 minutes to spare and doesn’t know what to do with himself. Gordon pulls him aside to let him know it’s not a race, but Kenneth is confident in his dish.

8:30 p.m. — Time is up and everyone gathers in the dining room so Gordon can judge their dishes. He’ll rate them on a scale of 1 to 5 and the team with the most points wins. First up is Nicole vs. Declan in the battle of the New York strip. Nicole has only been cooking for two years, but it’s a passion. Gordon called her food delicious and rated her a 4. Declan is a Dublin native but he’s lived in America for four years. Gordon is even more impressed with him, scoring him a 5. Next is Syann vs. Cody. Gordon gives Syann a devastating 2 for using raw flour and gives the cocky Cody a 3 for his pathetic presentation. Then, the speedy Kenneth takes on Kori. Gordon gives Kenneth another lecture about time management before rating his scorched chicken a 1. Ouch! Gordon says Kori’s chicken is like butter and gives her a 4.

8:45 p.m. — Lauren and Drew are up next in the battle over halibut. Gordon loves the glisten of Lauren’s fish but she plated too much pasta, so she gets a 3. Drew only gets a 2 because he didn’t salt his pasta. Amateur! Next the colorful Mary Lou takes on Eliott with a salmon dish. Mary Lou’s rice is crunchy and gets a 2, but Eliott fares just as bad for pulling the skin off his fish. In the battle over lamb, Adam scores a 4 while Jordan gets a 3. Then Peter and Amber equal each other with two very strong ribeye dishes, scoring 4 each. At this point, the women (Red Team) are ahead by one point and Fabiola gets a 3 for her scallops while Josh gets a 2 for burning his dish. With only two chefs left, the men (Blue Team) are down by two points. It’s Brittani vs. Marc in the battle of pork chops. Brittani scores just 2 points for her overcooked meat and Marc’s mouthwatering pork gets a 5 from Gordon. That means the Blue Team has come from behind to win by just one point, 28-27!

8:55 p.m. — The gentlemen will be sent out to dine at Gordon’s steak house on the Las Vegas strip, joined by Ramsay himself. Then, they’ll head over to the High Roller and take in some glorious views. Meanwhile, the women will be headed to clean the Caesar’s Palace fountains. At dinner, Gordon gets personal and tells the men that he decided to become a chef after sustaining a knee injury playing soccer, his parents going through a divorce and his brother’s heroin addiction. He just wanted a better life. Marc can relate to Gordon’s story because Marc had a difficult life growing up in the Bronx, to a mother who gave birth to him when she was just 14 years old. Meanwhile, the women are cleaning fountains and it only gets more embarrassing when the crowds begin to gather around to film them. Amber feels as though she outclasses her competitors and doesn’t like that some of the other women were having fun during their punishment. Over on the men’s side, Adam and Declan are talking trash about Eliott and Kenneth, who they feel are terrible chefs.

8:59 p.m. — The next morning Gordon calls everyone outside. A helicopter flies overhead and drops a crate that crashes to the ground. But what’s inside? We have to wait until next week to find out. Expect tears in the kitchen as they will be cooking for patrons for the first time in next week’s episode. That’s a wrap for tonight!