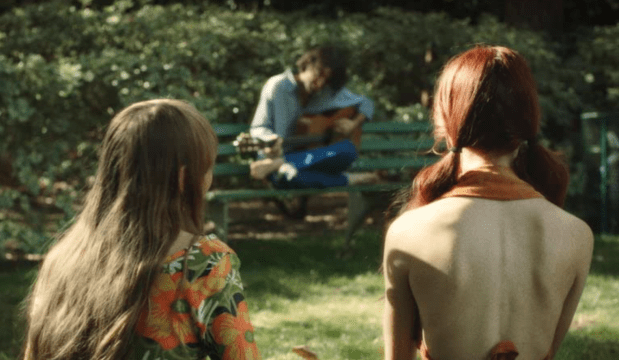 The public’s interest in Charles Manson, his Family and the 1969 Tate-LaBianco murders continues to be insatiable even more than half a century after the fact with countless documentaries, books, and feature films such as Quentin Tarantino’s 2019 ‘s “Once Upon a Time in Hollywood.” The latest addition to the Manson canon is “Helter Skelter”: An American Myth,” six-part documentary series directed and produced by PGA champ Lesley Chilcott (“Waiting for ‘Superman'”) that premiered last July on EPIX.

As the veteran producer/director noted during a recent Zoom conversation with Dominic Patten (Deadline), she was drawn to Manson because “I don’t understand why we’re still talking about it.” The title is derived from the Beatles song from the 1968 “White Album” which supposedly fueled Manson’s paranoia about a race war.  Prosecuting attorney Vincent Bugliosi used it for his best-seller about the case.

“I don’t buy any of those conspiracy theories or anything like that but trying to understand the reasons why this could happen in the late ‘60s when it was just past the Summer of Love,” said Chilcott. “Yet there was racism across the nation. There were protests the Vietnam War, but there was also this kind of alternative scene that was supposed to be about love and wonder. In this case, it turned out differently.”

Her aim was to try to get underneath real story of Manson and the murders. “That’s why it’s called ‘Helter Skelter: An American Myth’. Not because the murders are a myth, but there are all sorts of myths that surround Charles Manson, namely he was this mastermind, Svengali-type criminal that took deliberate steps to bring about a race war because he believed in this thing called ‘Helter Skelter.”

The reality, noted Chilcott, “that he was a bumbling con man who went from desperate act to desperate act and had nothing planned out. I wanted to demystify that in a way.” Including his career as a musician. “The musician part of it, in some ways, had been built up to be more than what it was,” said Chilcott. “And in other ways, it’s been diminished. Charlie was a decent lyricist. People fall for rock stars all the time. The initial attraction I was trying to show in episode one is there were some free spirits who thought they’d found a little rock god who spun a few rap rhythms. And they’re like ‘Oh yeah, he gets me.’ He wooed almost every woman based on this one song, “Look at Your Game Girl.’  So, it was important for us to show that while he wasn’t an amazing musician, he wasn’t nothing. He was a decent songwriter and much better singer/songwriter than a guitar player for sure.”

Manson had had a horrific childhood — his mother was sentenced to prison when he was just four — and was shipped around to relatives. “He ended up in reform schools or juvenile prison at a very young age and really bad things happened to him. At the same time, he also did bad things. So, it’s not like he didn’t have a chance. But he really had a very rough upbringing. I think that’s key to understanding why he need so much attention from his cult later.”

When he got out of prison, Manson ended up in San Francisco and Haight-Ashbury district. “He found that people were drawn to him. He was little, he looked a little bit different. He had the street cred of being in prison and he could play his guitar. He started with his street preaching and realizes he could woo women and even some guys. People were looking for guidance.”

And asking a lot of questions. Manson had the answers, said Chilcott, telling them ‘“Nixon’s not helping you. I can be your guide because I figured everything out for myself. ” He would tell his followers that “we don’t need these material things,” said Chilcott. “We can live on our ranch and get food out of the dumpster. We can live of the land and all we need is love.”

Chilcott noted most people say they would never do what the Family member did, “but I talked to a lot of them; most of them are very likable, interesting, curious people who have grave misgivings about their past. But then you start to see how he wooed everyone in with these lovely things and like an abuser, took tiny steps. And once in the abuse began, Chilcott noted,  “one day, he hit you or took advantage of you sexually. One day, he abused you verbally or embarrassed you in front of people. Then he got to the repetition of his speeches and his mantras. He gave everyone new names. He ruled by love and fear and used sex.”

Because Chilcott puts a mirror up to the real Manson in the documentary, she hopes people can move on from him and the murders. “I think we can look at this as a historical event and say, ‘Oh my god, all the signs were that he was a cult figure and a cult leader./ And that a cult leader has to keep reinventing themselves and getting crazier and crazier for people to stay attached. All the signs were there, but we just didn’t recognize it at the time.”