The first trailer for MGM’s “House of Gucci” was released this week (watch above) and Gold Derby’s forum posters are devouring every. single. second. The accents! The prosthetics! The wigs! Ridley Scott‘s period film tells the story of the infamous crime family in 1995, with a who’s-who of celebrity A-listers taking center stage: Lady Gaga as Patrizia Reggiani, Adam Driver as Maurizio Gucci, Jared Leto as Paolo Gucci, Jeremy Irons as Rodolfo Gucci, Salma Hayek as Giuseppina “Pina” Auriemma and Al Pacino as Aldo Gucci.

What do our users think of the highly anticipated “House of Gucci” trailer? Read their fun and fiery reactions below and then be sure to join the discussion in our movie forum to have YOUR say. The film will be released in theaters on November 24, just in time to contend for the 2022 Oscars.

loudtoilet: This looks like an absolute blast and I’m so happy they took a campy approach. Fake accents are perfect for this. Gaga is sweeping. She looks magnificent.

schmids: It is so camp I am all in. The only way to tell this story was to lean into it, but time will tell if they can maintain it for the run time.

alittle03: The trailer actually succeeded my expectations! Gaga looks great and I’m excited to see her in it.

GD: Wow! Pleasantly surprise by this.

Victor: THIS WILL BE CAMP AF AND I’M LOVING IT LOL.

Film expert: It doesn’t look like Oscar film at all. Maybe Gaga will get nominated if she will campaign hard but that’s all.

M: The trailer is like 80% Gaga lol. It’s hard to tell about the other actors performance. And it’s also hard to tell whether it’ll be an Oscar contender. But Gaga’s performance seems to be good.

mporter455: This is definitely a Gaga vehicle. We suspected that but the trailer really confirms it. Too early to say how it’ll play in awards season. It’s not your typical brooding, stoic Oscar contender so maybe this different tone will benefit it? Not sure, we’ll see.

SEEGrab the popcorn and sound off in our movie forums

Scott is hoping “House of Gucci” will bring him his first Oscar win after previously being nominated four times: “Thelma & Louise” (directing, 1991), “Gladiator” (directing, 2000), “Black Hawk Down” (directing, 2001) and “The Martian” (producing, 2015). The renowned director also has “The Last Duel” coming out in October, another potential Oscar player.

As for the main cast members, many of them already have Oscars on their mantels: Gaga for “A Star Is Born” (songwriting, 2018), Leto for “Dallas Buyers Club” (supporting actor, 2013), Irons for “Reversal of Fortune” (lead actor, 1990) and Pacino for “Scent of a Woman” (lead actor, 1992). Might “House of Gucci” be the vehicle that earns Gaga her first Oscar for acting? Vote in our poll below. 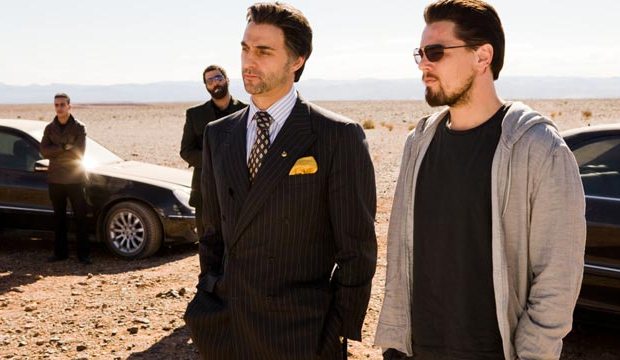