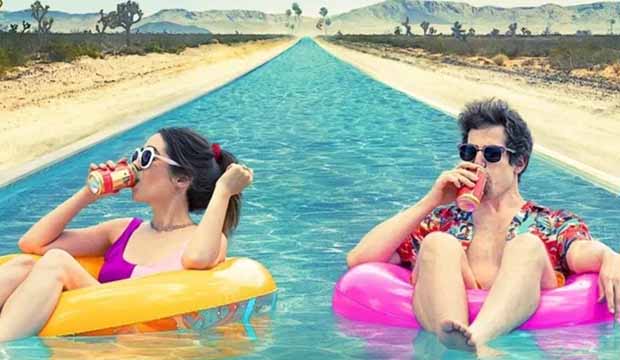 Streaming giant Hulu doubled its Golden Globe nominations from last year, scoring 10 bids across the film and television categories. The streaming platform was third among TV studios behind Netflix (22) and HBO (9) with six nominations. Perhaps more of an accomplishment for Hulu was breaking into the feature film races, scoring four bids across both comedy and drama genres.

“Palm Springs” will contend for Best Film Comedy/Musical against “Borat Subsequent Moviefilm,” “Hamilton,” “Music” and “The Prom.” Winning a Golden Globe in a comedy category doesn’t always translate to the Oscars, but it’s a good takeoff point. Last year’s Globe champ, “Once Upon a Time in Hollywood,” went on to earn 10 Oscar nominations, winning for Best Production Design and Best Supporting Actor, Brad Pitt.

Andy Samberg was nominated for his lead role in “Palm Springs,” which makes him a double nominee since he is also one of the romcom’s producers. He will face off against Sacha Baron Cohen (“Borat Subsequent Moviefilm”), James Corden (“The Prom”), Lin-Manuel Miranda (“Hamilton”) and Dev Patel (“Personal History of David Copperfield”). Samberg previously won a Golden Globe in 2014 for Best Actor in a Comedy/Musical TV series for “Brooklyn Nine-Nine.”

Andra Day is another double nominee for Hulu. The breakout star made her film debut in “The United States Vs. Billie Holiday,” earning her a nomination for Best Film Drama Actress. The other nominees are Viola Davis (“Ma Rainey’s Black Bottom”), Vanessa Kirby (“Pieces of a Woman”), Frances McDormand (“Nomadland”) and Carey Mulligan (“Promising Young Woman”). Day will also compete for Best Original Song, having co-written the nominated tune “Tigress and Tweed” for the film’s soundtrack.

Rounding out Hulu’s TV nominations is “Normal People.” The Irish drama will compete for Best TV Movie/Limited Series with “The Queen’s Gambit,” “Small Axe,” “The Undoing” and “Unorthodox.” Daisy Edgar-Jones earned a nomination for Best TV Movie/Limited Series Actress for her lead performance and is up against Cate Blanchett (“Mrs. America”), Shira Haas (“Unorthodox”), Nicole Kidman (“The Undoing”) and Anya Taylor-Joy (“The Queen’s Gambit”).