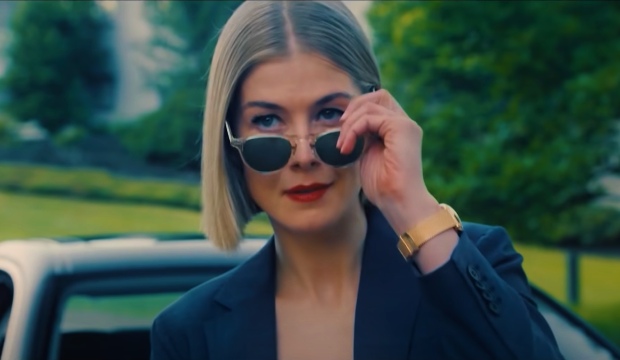 Netflix has a late-breaking awards contender in “I Care a Lot,” which they announced only on January 15 would become available for streaming in the United States on February 19. The cutoff for awards is normally December 31, but it has been extended this year because of the global pandemic to February 28, which is also the date of the Golden Globe Awards ceremony.

Metacritic notes that “I Care a Lot” garnered “generally favorable reviews” for its premiere at the 2020 Toronto International Film Festival, with Rotten Tomatoes summing up the critical consensus, “A searing swipe at late-stage capitalism, ‘I Care a Lot’ is an exhilarating, icy thriller with a wicked performance from Rosamund Pike.”

The film’s producers previously won the People’s Choice Award at TIFF 2014 for the Alan Turing biopic “The Imitation Game” starring Benedict Cumberbatch. “I Care a Lot” producer Teddy Schwarzman went onto an Oscar nomination in the Best Picture category and would have accepted the Golden Globe for Best Film Drama if it had beaten “Boyhood.”

With “I Care a Lot,” he is trying his hand in the Best Film Comedy/Musical race instead; this year’s Globe nominations will be announced on February 3. Best Film Comedy/Musical Actress is similarly uncharted territory for star Rosamund Pike, a two-time Best Film Drama Actress nominee for 2014’s “Gone Girl” and 2018’s “A Private War.” As she did in “Gone Girl,” Pike plays a deceptive and scheming antihero in “I Care a Lot.” The targets in “Gone Girl” were more personal, whereas Pike’s “I Care a Lot” character Marla Grayson uses institutional loopholes to get rich through elder abuse.

Her chief supporting players are Globe winners Peter Dinklage and Dianne Wiest. Dinklage won on his only nomination to date, in Best TV Supporting Actor for the 2011 debut of “Game of Thrones,” having been snubbed previously for his breakthrough performance in 2003’s “The Station Agent,” for which he reaped a Best Film Actor nomination at the Screen Actors Guild Awards. Dinklage plays a gangster named Roman Lunyov, the main antagonist of the film.

Wiest won her Globe the last time that she was nominated in her current category of Best Film Supporting Actress, for 1994’s “Bullets Over Broadway.” This marked her third nomination in the category, following 1986’s “Hannah and Her Sisters” and 1989’s “Parenthood.” Wiest scored her career fourth Globe nomination in the Best TV Supporting Actress category for the 2008 debut of “In Treatment.” She plays Jennifer Peterson, whose placement under the legal guardianship of Marla incites the wrath of Lunyov. 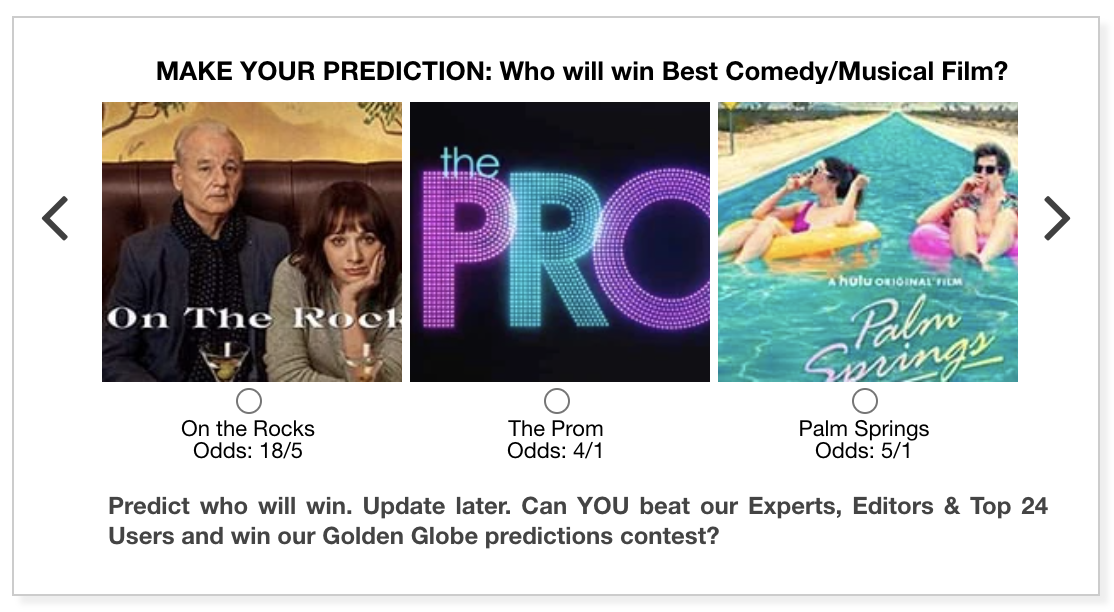