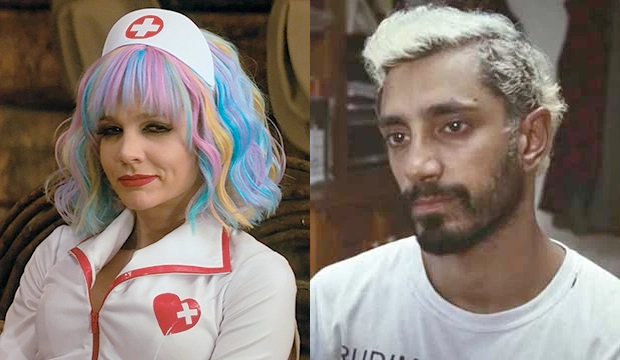 If you’re nowhere near a television and want to know the winners of the 36th Independent Spirit Awards as they happen, you’ve come to the right place. Follow along with Gold Derby’s Indie Spirits live blog 2021 to see who won all of the night’s film and TV prizes, who presented what categories, and how Melissa Villaseñor (“Saturday Night Live”) did as host. The virtual ceremony aired Thursday, April 22 on IFC at 7 p.m. PT/10 p.m. ET.

This year’s Spirit Awards celebrated the best in indie filmmaking for the 2020 calendar year, with a little bit of television thrown in for good measure. Remember, only American-made fare with budgets under $20 million were eligible for consideration. Winners were chosen by all of Film Independent’s eligible members, including industry insiders and any movie fans who signed up for membership.

Before the ceremony began, we already had two winners: “One Night in Miami” and “I May Destroy You.” The former claimed the Robert Altman Award (honoring the director, casting director and ensemble cast) for Regina King, Kimberly Hardin, Kingsley Ben-Adir, Eli Goree, Aldis Hodge and Leslie Odom Jr. The latter earned the first-ever TV ensemble honor for Michaela Coel, Paapa Essiedu, Weruche Opia and Stephen Wight.

SEE Oscar Experts slugfest: Our final predictions in every category, but can anything be final in Best Actress? [WATCH]

6:30 p.m. — The show is about to begin, so sit back, relax, and enjoy the 2021 Indie Spirits. As a reminder, some of last year’s trophies went to films that would win Oscars a few days later: “Parasite” for Best International Film, “American Factory” for Best Documentary and Renée Zellweger (“Judy”) for Best Actress. Will this year’s Spirits serve as an Oscar crystal ball, too?

7:00 p.m. — For her opening monologue, Villaseñor is asking former Spirit hosts Sarah Silverman, John Mulaney and Kate McKinnon for advice — but they’re all her! I’ve seen her take on Mulaney before, but wow this impression of her “SNL” co-star McKinnon is incredible. The former emcees are trying to convince her not to be herself when she hosts, but she wants to just be herself … aww. Villaseñor explains that they’re in an empty theater this year due to Covid and that if you hear laughing during the broadcast it’s simply the production crew, who are watching “Caddyshack.” My favorite joke of hers is that “One Night in Miami” wins the award for the movie title that sounds like porn but isn’t … sorry, “Ma Rainey’s Black Bottom.”

7:16 p.m. — Villaseñor is impersonating Owen Wilson in a “Nomadland” sketch in which she’s playing off Frances McDormand in the sporting goods scene. It’s going on way too long. I’m uncomfortable now.

7:20 p.m. — Next up is Best First Screenplay, presented by Kathryn Hahn. The statuette goes to … Andy Siara (“Palm Springs”). He thanks his fellow nominees — Kitty Green (“The Assistant”), Noah Hutton (“Lapsis”), Channing Godfrey Peoples (“Miss Juneteenth”) and James Sweeney (“Straight Up”) — by saying he hopes to meet them one day after the pandemic ends.

7:24 p.m. — Best First Feature is up now, presented by Maria Bakalova. Congratulations to Darius Marder (“Sound of Metal”) for winning. He laments that he has to speak into his phone for his acceptance speech, but that’s just how things are this year. The other contenders were Radha Blank (“The 40-Year-Old Version”), Heidi Ewing (“I Carry You with Me”), Edson Oda (“Nine Days”) and Channing Godfrey Peoples (“Miss Juneteenth”).

7:32 p.m. — Elegance Bratton zooms in to thank Film Independent for giving him the Truer Than Fiction award.

7:33 p.m. — Laura Dern is here to present the award for Best Supporting Actor, which includes all first-time nominees. The trophy goes to … Paul Raci (“Sound of Metal”). He teaches the viewers how to sign “Independent Spirit Awards,” encouraging them to “Let’s all do it together!” He beat out co-nominees Colman Domingo (“Ma Rainey’s Black Bottom”), Orion Lee (“First Cow”), Glynn Turman (“Ma Rainey’s Black Bottom”) and Benedict Wong (“Nine Days”).

7:37 p.m. — Now Villaseñor is taking on the role of Carey Mulligan‘s “drunk girl” from “Promising Young Woman” and she’s arguing with the janitor about wearing a mask. Hmm, okay.

7:39 p.m. — Best Documentary is up now, presented by Dominique Fishback. And the winner is … “Crip Camp.” The producers thank the Obamas “for their belief in us” as producers of the Netflix project about the fight for the disabled civil rights movement. The other nominees were “Collective,” “Dick Johnson Is Dead,” “The Mole Agent” and “Time.”

7:47 p.m. — Kumail Nanjiani, joking that the pandemic has gone on now for “seven years,” is presenting the category for Best Screenplay. And the champion is … Emerald Fennell (“Promising Young Woman”). She calls her victory an “unbelievable honor” and wishes she could be with everyone in person. She beat out the likes of Lee Isaac Chung (“Minari”), Eliza Hittman (“Never Rarely Sometimes Always”), Mike Makowsky (“Bad Education”) and Alice Wu (“The Half of It”).

7:51 p.m. — Villaseñor comes out on stage impersonating Billie Eilish, joking about piercing her own nose while eating a burrito. She sings a song about it to the tune of “when the party’s over.”

7:53 p.m. — Don Cheadle is up now to present the Robert Altman Award, which was previously given to “One Night in Miami.” Director Regina King, casting director Kimberly Hardin and cast members Kingsley Ben-Adir, Eli Goree, Aldis Hodge and Leslie Odom Jr. are the recipients of this year’s coveted honor, which means none of them were eligible for competitive awards. They all get brief moments to thank the voters and to share in the love they have for each other.

8:01 p.m. — Villaseñor comes out doing a spot-on impression of Kristen Wiig saying hello to people in the audience, before admitting no one is here. Is this necessary?

8:03 p.m. — The Spirits’ first-ever competitive TV category is up now, Best New Scripted Series, presented by Julia Garner. The inaugural champ is “I May Destroy You.” Fan-fave Michaela Coel accepts the prize, admitting that her project was a way for her to “express love” in a year that was filled with so much negativity. The other contenders were  “Little America,” “Small Axe,” “A Teacher” and “Unorthodox.”

8:06 p.m. — Daveed Diggs is here now as the presenter for Best TV Actress. Congrats to Shira Haas (“Unorthodox”) for winning. “I was not expecting that,” the Israeli actress admitted while her co-nominees cheered her on virtually. She beat out these talented females: Elle Fanning (“The Great”), Abby McEnany (“Work in Progress”), Maitreyi Ramakrishnan (“Never Have I Ever”) and Jordan Kristine Seamón (“We Are Who We Are”).

8:14 p.m. — Annie Murphy is the presenter for the corresponding Best TV Actor category. And the trophy goes to … Amit Rahav (“Unorthodox”). He is completely overwhelmed by his victory, but I can’t look away from his cat(s) walking around in the background. The other male contenders were Adam Ali (“Little America”), Nicco Annan (“P-Valley”), Conphidance (“Little America”) and Harold Torres (“ZeroZeroZero”).

8:17 p.m. — The Best TV Ensemble Cast category is up now, presented by Phoebe Waller-Bridge. This was previously announced for “I May Destroy You” and its cast members Michaela Coel, Paapa Essiedu, Weruche Opia and Stephen Wight. Coel calls the HBO limited series “the favorite moment of my life” while the others have nothing but love for each other and the ensemble at large.

8:36 p.m. — Congrats to Gerry Kim for winning the Producers Award. He’s proud to be a part of an organization that “always promoted diverse voices and original storytelling.”

8:46 p.m. — Ekwa Msangi (“Farewell Amor”) thanks Film Independent for her Someone to Watch trophy. It’s the awards ceremony that truly “celebrates the artists who are making work without the big machines behind them.”

8:47 p.m. — The last acting category is Best Actress, presented by last year’s lead actor champ Adam Sandler. And the winner is … Carey Mulligan (“Promising Young Woman”). She is proud to be in the company of such “extraordinary women” in this category, all of whom are here virtually except for you-know-who. Mulligan dedicates the prize to someone she’s looked up to throughout her career, the late Helen McCrory. The other nominees were Nicole Beharie (“Miss Juneteenth”), Viola Davis (“Ma Rainey’s Black Bottom”), Sidney Flanigan (“Never Rarely Sometimes Always”), Julia Garner (“The Assistant”) and Frances McDormand (“Nomadland”).

8:56 p.m. — This. Is. It. The final category of the night is Best Picture, presented by Cate Blanchett. If you had “Nomadland” on your ballot, you’re correct! The producers are “so honored to be recognized by our tribe,” a reference to a key scene from the film. Will “Nomadland” now win the Oscar in three days? The other nominees were “First Cow,” “Ma Rainey’s Black Bottom,” “Minari” and “Never Rarely Sometimes Always.”