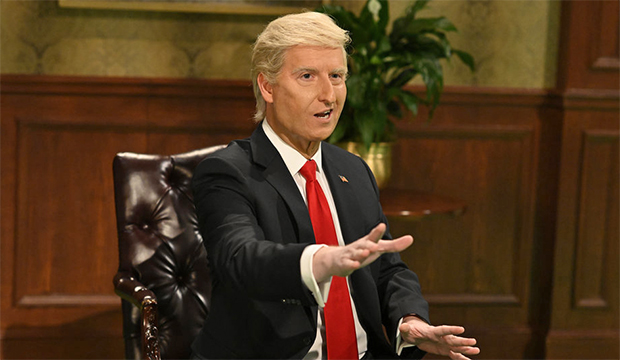 James Austin Johnson only just joined the cast of “Saturday Night Live” this fall, but he’s already made a big impression. The comedian not only played President Joe Biden in the opening sketch of the season but he’s also portrayed the former president, Donald Trump, to rave reviews. After decades of Trump impersonations on the late-night sketch series, fans have voiced their overwhelming support for the most recent one.

SEEJason Sudeikis is the best ‘SNL’ Joe Biden, according to you [POLL RESULTS]

Johnson collected the vast majority of votes in our “best ‘SNL’ Trump” poll results, with a whopping 61% of the vote. The actor has only played him twice on “SNL,” though he has cultivated his impression of Trump for many years through viral videos. In a distant second place, Alec Baldwin collected 22% of the vote. Baldwin played Trump through his turbulent presidency and even won an Emmy for his performance in 2017, with additional nominations in 2018 and 2021.

Darrell Hammond came in third place at 10%, despite playing him for the longest period of time. Phil Hartman, the original Trump impressionist for “SNL,” placed in fourth at 3% of the vote. Johnson, Baldwin, Hammond and Hartman are the best-known Trump portrayers on the show, with all others playing the businessman in an episode or two.

Among that smaller group, Jason Sudeikis received 1% of the vote (though he won our “best ‘SNL’ Biden” poll), followed by Leslie Jones and Vanessa Bayer at 0.5%. Taran Killam, who actually played him in three episodes, and John Cena failed to collect a single vote in the poll.

Considering Trump has left office, it is likely that we will see less of Johnson’s impression on “SNL,” though they have already found a way to integrate him into multiple Judge Jeanine Pirro (Cecily Strong) cold opens.