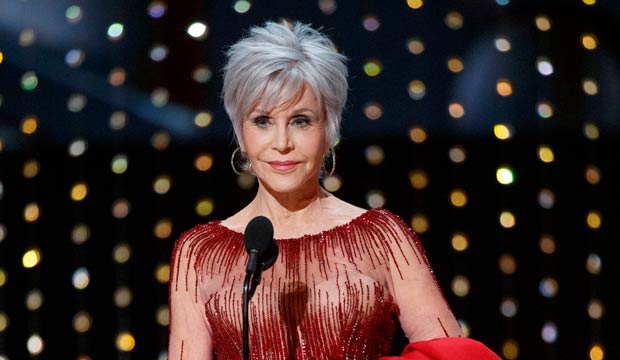 At the 1962 Golden Globes ceremony, Judy Garland became the first woman to be honored with the Cecil B. DeMille Award for career achievement, after 10 men had received it before her. That same year, 24-year-old Jane Fonda was named one of three recipients of the now retired Most Promising Female Newcomer award for her debut in Joshua Logan’s “Tall Story.” Over the six decades since, Fonda has become one of the most lauded actresses in the history of the Golden Globes. At age 83, she is set to further solidify that distinction, having now been chosen as the newest and 16th female recipient of the DeMille award.

Fonda’s interest in acting was sparked by her father, Hollywood legend and 1980 DeMille award honoree Henry Fonda. After studying at the Actors Studio under Lee Strasberg, she began to build a legendary acting career of her own. Indeed, she “has been a fixture of American cinema since the heady days of New Hollywood” and the HFPA has consistently taken notice of her talent. She followed her newcomer award with three bids for Best Comedy/Musical Actress: “Period of Adjustment” (1963), “Cat Ballou” (1966), and “Any Wednesday” (1967).

Her first bid in the drama category came in 1970 for her role in “They Shoot Horses, Don’t They?,” and she finally scored a competitive win in 1972 for her dramatic work in “Klute.” She went on to win twice more in that category, for “Julia” in 1978 and “Coming Home” in 1979, and received one more nomination in 1980 for “The China Syndrome.” During that time, she also garnered three non-competitive Henrietta awards for World Film Favorite (which, like the newcomer award, has also since been retired).

Fonda earned her first nomination for Best Supporting Actress in a Motion Picture for “On Golden Pond” in 1982, and then her only TV acting nomination for the ABC movie “The Dollmaker” in 1985. Her most recent bid came in 2016 for her supporting turn in Paolo Sorrentino’s “Youth.” Overall, she has 11 competitive nominations to her name. Her total on the film side (10) is matched only by Cate Blanchett, and surpassed only by Nicole Kidman (11) and past DeMille award recipients Shirley MacLaine (15) and Meryl Streep (29).

In addition to receiving an AFI Life Achievement Award in 2014, Fonda has been honored with an Emmy, two BAFTAs, and two Oscars. However, no other voting body has shown her as much love as the HFPA. On the cusp of giving her an eighth award, they have praised her as “an artist and a humanitarian, a role model, a woman of influence and a Hollywood star for the ages.” The honor will be bestowed during the 78th Golden Globes ceremony, airing February 28 on NBC.