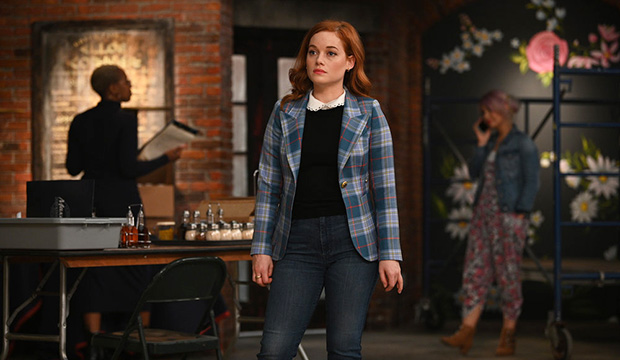 When Golden Globes nominations were announced, Jane Levy beat our odds and landed a slot in the Best TV Comedy/Musical Actress category. The singing star of NBC’s musical comedy “Zoey’s Extraordinary Playlist” has the opportunity to surprise again should she claim the trophy. Levy currently lags behind the competition in our combined odds, trailing frontrunners Catherine O’Hara (“Schitt’s Creek”) and Kaley Cuoco (“The Flight Attendant”), as well as Elle Fanning (“The Great”) and Lily Collins (“Emily in Paris”).

Many believe the snub of Levy’s show in the series race hurts its star’s chances, and indeed that hiccup usually doesn’t bode well. In the past 10 years, nine of the winners in this category had at least a corresponding series nomination, if not a victory, including Laura Linney (“The Big C”), Laura Dern (“Enlightened”), Lena Dunham (“Girls”), Amy Poehler (“Parks and Recreation”), Gina Rodriquez (“Jane the Virgin”), Tracee Ellis Ross (“Black-ish”), Rachel Brosnahan (“The Marvelous Mrs. Maisel”) and reigning champion Phoebe Waller-Bridge (“Fleabag”).

That one outlier should give Levy and fans of “Zoey’s” a great deal of hope, though. At the 2016 Globes ceremony, Rachel Bloom took home the award for “Crazy Ex-Girlfriend,” which was snubbed for Best Comedy/Musical Series. Like “Zoey’s,” “Crazy Ex-Girlfriend” was an hour-long network musical — a genre the Globes love — and though the Hollywood Foreign Press Association didn’t nominate the show, it chose to award its leading actress.

The only significant difference between that race and this year’s is that Levy is the only nominee missing that series bid. In the year Bloom prevailed, she and three other nominees all lacked a corresponding series nomination. The only contender whose show was nominated was Julia Louis-Dreyfus for “Veep,” but she went home empty-handed that year — and egregiously never won a Globe for the role that brought her six Emmys.

The comedy/musical actor category has had a number of similar winners that also highlights Levy’s path to potential victory. Just last year, Ramy Youssef won in an upset even though his series “Ramy” didn’t have a series nomination. And back at the 2013 ceremony, Don Cheadle pulled off the victory for “House of Lies” even though the show was snubbed. These precedents, plus the HPFA’s penchant for all things musicals, just might give Levy the boost she needs to claim her first Golden Globe.