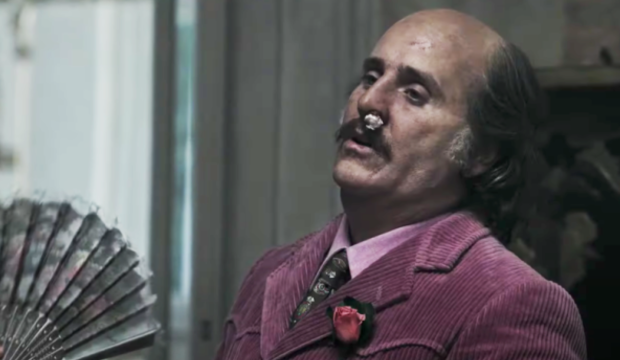 Jared Leto could well win his second Oscar in seven years for his scene-stealing turn as Paolo Gucci in Ridley Scott’s pulverising new crime saga “House of Gucci.” He won in 2014 for his supporting role in the AIDS drama “Dallas Buyers Club” and could well be the next actor to win a bookend in relatively quick succession.

Mahershala Ali did just that winning Best Supporting Actor in both 2017 and 2019 for “Moonlight” and “Green Book” respectively. Christoph Waltz pulled off this double act in 2010 and 2013 for his supporting roles in “Inglourious Basterds” and “Django Unchained.” Five other fellows — Michael Caine, Melvyn Douglas, Anthony Quinn, Jason Robards and Peter Ustinov — each won this award twice while Walter Brennan picked up a trio of trophies in the early days of the Academy Awards.

Leto transformed himself — with bushy eyebrows, a receding hairline and a cartoonishly thick Italian accent — to portray this scion of the fashion family who gets caught up in the tumultuous relationship between his cousin Maurizio Gucci (Adam Driver) and Patrizia Reggiani (Lady Gaga). Patrizia was convicted for hiring hit-men to murder her ex-husband. This type of transformative performance is catnip to Oscar voters. Consider the recent wins by Gary Oldman as Winston Churchill (“Darkest Hour”) and Renee Zellweger as Judy Garland (“Judy”).

Leto has been singled out in reviews for “House of Gucci” for delivering an “incredible”, “delicious” performance as the tragically funny black sheep of the family (Erik Davis, Fandango; Mark Malkin, Variety). “He is next level” (Steven Weintraub, Collider) and is mesmerizing” (Sean O’Connell, CinemaBlend). “It’s just a go for broke performance, it’s so out there, yet somehow feels like the most authentic thing in the movie” (Kevin Polowy, Yahoo) and “he will and should win the Oscar” (Nikki Novak, Fandango).