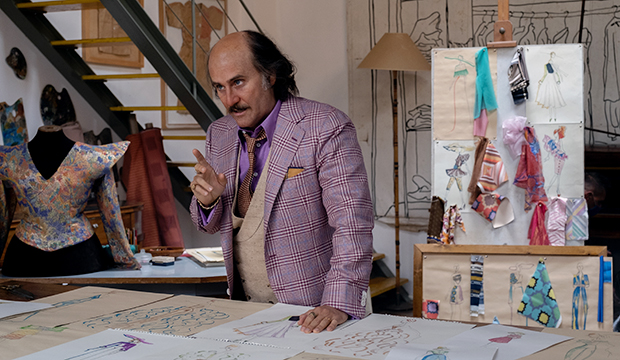 Jared Leto has come a long way since the days of expertly leaning against lockers. The Academy Award winner for “Dallas Buyers Club” (2014) currently stars in Ridley Scott’s new film “House of Gucci,” though you probably won’t recognize him. A man known for altering his appearance and disappearing into characters, he’s once again undergone a remarkable transformation to play the balding and overweight Paolo Gucci. However, beneath all the makeup, he’s still Jared Leto, which means it’s probably not surprising that his performance in the film has him staring down the possibility of a nomination for supporting actor at the Screen Actors Guild Awards.

A biographical film based on Sara Gay Forden’s book “The House of Gucci: A Sensational Story of Murder, Madness, Glamour, and Greed,” “House of Gucci” was adapted for the screen by Becky Johnston and  Roberto Bentivegna. It stars Lady Gaga and Adam Driver as Patrizia Reggiani and Maurizio Gucci, respectively, and details the rise and fall of the Gucci family, as well as how the relationship between Patrizia and Maurizio ended with one dead and the other convicted of hiring hitmen to carry out their murder.

SEE Jared Leto takes his biggest swing yet in ‘House of Gucci’: ‘It was a beautiful, unforgettable journey’

Throughout the film, Paolo is often the Gucci family punching bag, but Leto connected deeply to the character. “I just understood it came from a place of real pain and a desire to be something, to be someone. I could relate to that, every day of my life. And I know a lot of people out there relate to that too,” Leto recently told Gold Derby. “We want to do something special with our lives, we want to do something meaningful. I have to say this is one of the greatest experiences I’ve ever had in a film, period. It was a beautiful, unforgettable journey.”

It seems that many have found Leto’s performance to be unforgettable as well, even the Film Twitter doubters. The actor is currently sitting in third place in Gold Derby’s combined odds to earn a SAG Award nomination at 15/2. He trails only Kodi Smit-McPhee of “The Power of the Dog” (9/2 odds) and Ciaran Hinds of “Belfast” (6/1). Richard Jenkins (“The Humans,” 17/2) and Bradley Cooper (“Licorice Pizza,” 17/2) round out the top five.

Should Leto receive a nom come January — the nomination period begins Dec. 6 — it would be his third in the supporting actor category, having previously been recognized for his work in “Dallas Buyers Club” and “The Little Things” (2021), winning for the former. (He was also nominated as part of the ensemble cast of the former as well.) He’d be tied with Chris Cooper for the most ever nominations in the category, a record Cooper’s held for a long time. Cooper was nominated for his turns in “American Beauty” (1999), “Adaptation” (2002) and “Seabiscuit” (2003). However, he has yet to walk away with hardware in the category (though, of course, he ended up winning the Oscar for “Adaptation”). Since Leto has already won a SAG Award, he’d have a leg up on Cooper with this potential record-tying nomination.