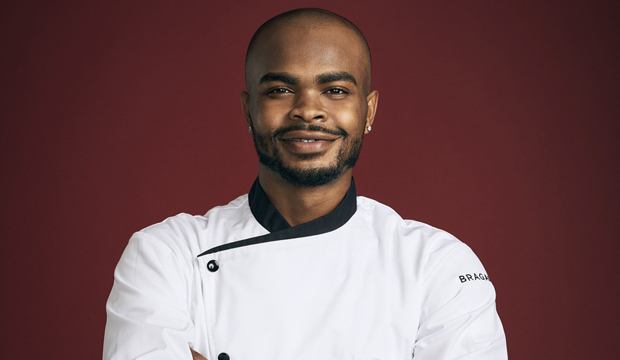 “I’m definitely pissed off right now,” sighed Jayaun Smith after being eliminated in the third episode of “Hell’s Kitchen: Young Guns.” Chef Gordon Ramsay took his jacket after his poor showing at the garnish station, in which he failed to communicate and seemed to have a problem remembering what sides were supposed to go with what proteins. “At least I was honest about my mistakes,” he added, referring to the fact that Alex Lenik blamed other people for his bad performance on the chicken station.

As for who he believed should have been eliminated instead, the 23-year-old private chef responded. “I think Alex should have been the one going home tonight.” He then remarked, “But this is definitely not the last time the world has seen Chef Jayaun. I’m definitely gonna go home and I’m gonna bounce back and I’m gonna keep moving forward and do what I’m meant to do: cook.”

Gordon wasn’t swayed by his words and swiftly sent him home. “After watching Jay struggle so badly on garnish, I decided to assign him to a different station: the train station,” he declared.

Following Jayaun’s elimination, only seven members of the Blue Team remain in “Hell’s Kitchen”: Alex, Antonio Ruiz, Kevin Argueta, Payton Cooper, Samuel Garman, Steven Glenn and Trenton Garvey. Do any of these guys have what it takes to catch up to the girls on the Red Team, who so far have won every single challenge? Stay tuned.