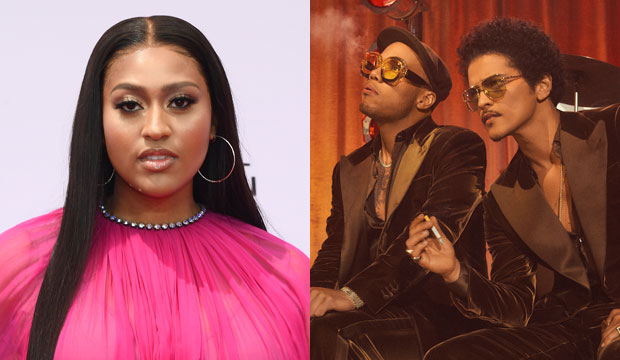 The 2021 Soul Train Music Awards aired on November 28, honoring the best in R&B from the past year. Most notably, two big winners were Jazmine Sullivan, who took home Album of the Year for her acclaimed “Heaux Tales,” and Silk Sonic, who swept with their hit “Leave the Door Open.” What can this mean for the Grammys, which recently announced their nominees?

“Heaux Tales” has been racking up praise and awards for a while, but this particular win might be especially important for Sullivan’s hype going forward. Since 2009, most Album of the Year winners at the Soul Train Music Awards have gone on to win at the Grammys, especially if nominated in the R&B field. For example, H.E.R.’s self-titled debut mixtape, Lizzo’s “Cuz I Love You,” and Bruno Mars’s “24k Magic” are some of the most recent Soul Train winners, and they also won their respective album categories at the Grammys. Furthermore, the Soul Train award might create a lot of hype amongst R&B fans who are already championing Sullivan’s album as the best R&B record of the year.

However, there have been some exceptions. Beyoncé’s “Beyoncé” won two Grammys for “Drunk In Love,” but it lost Best Progressive R&B Album to Pharrell Williams’s “GIRL,” despite Beyonce beating Pharrell at the Soul Trains. Similarly, Kendrick Lamar’s “Good Kid, M.A.A.D City” won Soul Train but lost at the Grammys; being fair though, the Soul Trains correlate more with the Grammys’ R&B field than the rap field. Finally, there’s Summer Walker, who despite winning the Soul Train for Album of the Year for “Over It” did not get a single Grammy nomination last year; her fellow Soul Train nominees Jhené Aiko and Chloe x Halle got the nominations instead.

Sullivan has some strong competition at the Grammys. “Heaux Tales” will be competing against two Album of the Year nominees: Jon Batiste’s “We Are,” and H.E.R.’s “Back of My Mind.” However, splits between the general field and genre fields have happened before. Furthermore, Sullivan’s lack of a general field nom might be more due to her being less familiar to general, non-R&B industry insiders than H.E.R., who’s a previous general field winner and recent Oscar winner, and Batiste, who racked up 11 nominations across multiple fields and is a known figure in myriad genres. Plus, there might be more hype for Sullivan in final-round voting than first-round, which often favors name-checks over passion picks.

As for Bruno Mars and Anderson Paak, known together as Silk Sonic, the Soul Train win for “Leave the Door Open” was probably inevitable. The song is a smash hit, and is arguably the biggest hit in both of its R&B Grammy categories too. Nonetheless, its win at Soul Train might be important due to its sweep, and especially its win for the Ashford and Simpson Songwriter’s Award. That award isn’t necessarily a locked precursor for Grammy success, but previous winners like Solange (“Cranes in the Sky”), Ella Mai (“Boo’d Up”), and H.E.R. (“I Can’t Breathe”) have prevailed at the Grammys too. Not a bad track record for Silk Sonic to follow.

We’ll have to wait until the end of January to see how both Sullivan and Silk Sonic do at the Grammys. Keep in mind that this is the first year in decades that the Grammys didn’t have a committee choosing nominations, so the voting was more transparent and thus there’s no suspicion that anyone was strategically set-up for a win. If “Heaux Tales” and “Leave the Door Open” both manage to prevail, we’ll know just how strong the Soul Train Music Awards are as a genuine precursor for the Grammys — and one of the few at that.