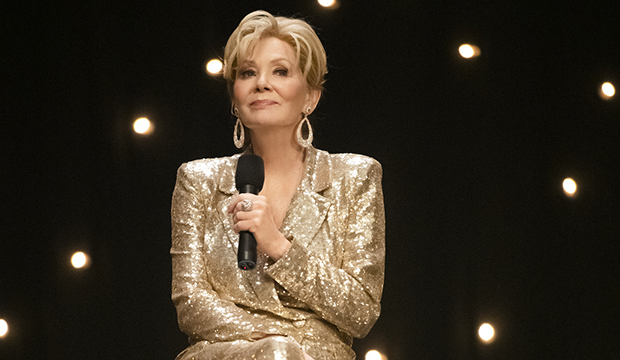 Jean Smart turned 70 years old on Sept. 13 and she got a belated present Sunday night. As predicted, she won the Best Comedy Actress Emmy for “Hacks” and is now the category’s second oldest winner.

Smart dethroned 2020 champ Catherine O’Hara (“Schitt’s Creek”) in more ways than one because O’Hara became the second oldest winner at 66 years, 6 months and 17 days old on Emmy night last year. Neither Smart nor O’Hara come close to the oldest winner in the category, Ruth Gordon, who was 82 years, 10 months and 11 days old when she triumphed for “Taxi” in 1979. That’s not all because Gordon was also born in the 19th century (1896).

Gordon’s victory is asterisked though. The Oscar-winning actress and screenwriter was merely a guest star on “Taxi” and won for the only episode in which she appeared during the show’s five-season run (Carol Kane was also a “Taxi” guest star who won this category in 1982 before becoming a series regular). So if you don’t count Gordon, Smart is the oldest comedy actress winner who was a series regular on her show.

This is the fourth career Emmy for Smart, who joins Betty White as the only people to have won in comedy lead, supporting and guest. She won back-to-back guest trophies in 2000 and 2001 for “Frasier” and a supporting statuette in 2008 for “Samantha Who?” After “Hacks” premiered in May, Smart quickly rose up the rankings to the No. 1 spot in comedy actress for her turn as Deborah Vance, a legendary stand-up comedienne who hires an entitled young writer (Hannah Einbinder) to freshen up her material. “Hacks” received 15 nominations, making it the second most nominated comedy this year behind “Ted Lasso.”

It is probably not surprising that Smart was the oldest nominee in her category. Allison Janney (“Mom”), who was in fourth place, is 61. Tracee Ellis Ross (“Black-ish”) was in third place and is the third oldest at 48. Kaley Cuoco (“The Flight Attendant”), whom Smart toppled for the top spot, is 35 and Aidy Bryant (“Shrill”), who was in fifth, is the youngest at 34.