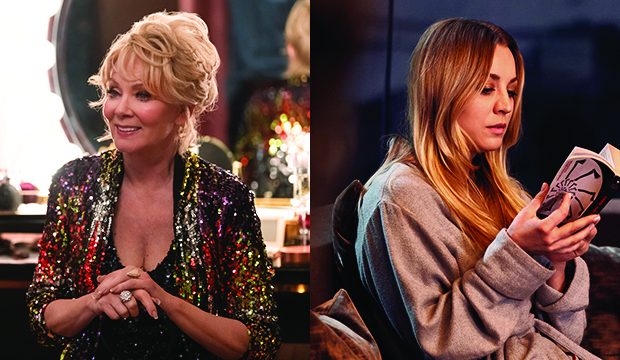 In the early 2010s, “Modern Family” matched the five-year run of Best Comedy Series Emmy wins that had been achieved by “Frasier” in the 1990s. The show that finally stopped its streak was “Veep,” which earned the top honor in 2015 for its fourth season. The political comedy won a total of five awards that year, including one for Julia Louis-Dreyfus’s lead performance – her fourth of a record-breaking six in a row. This was the first time since 2008 (Tina Fey, “30 Rock”) that the Best Comedy Series and Actress trophies had gone to the same show, and it began an alignment that now has the potential to enter its seventh year.

Three of 2021’s five Best Comedy Actress contenders – Kaley Cuoco (“The Flight Attendant”), Tracee Ellis Ross (“Black-ish”), and Jean Smart (“Hacks”) – hail from shows that are also up for the big prize. If any of one of them triumphs alongside her program, she will extend the chain begun by Louis-Dreyfus (2015 – 2017) and continued by Rachel Brosnahan (“The Marvelous Mrs. Maisel,” 2018), Phoebe Waller-Bridge (“Fleabag,” 2019), and Catherine O’Hara (“Schitt’s Creek,” 2020). O’Hara’s victory made this the longest such streak in Emmys history, as it was previously tied with a run of Best Drama Series and Supporting Actress matchups that lasted from 1998 to 2002 and involved just two shows (“The Practice” and “The West Wing”).

A continuation of the trend by either Cuoco or Smart could be even more impressive if the awards for writing and directing also go to “The Flight Attendant” or “Hacks.” This would make for a four-year, four-category alignment streak, as either of the freshman shows would naturally follow “The Marvelous Mrs. Maisel,” “Fleabag,” and “Schitt’s Creek.” One more category that could also be added to this mix is that of Best Comedy Series Casting, which has followed the exact same six-year pattern started by Louis-Dreyfus and “Veep.” The casting teams for both “The Flight Attendant” and “Hacks” will contend for this award at the Creative Arts ceremony.

“Hacks” also earned bids for the work of supporting players Carl Clemons-Hopkins and Hannah Einbinder, while Rosie Perez (“The Flight Attendant”) is up for Best Supporting Actress and Anthony Anderson (“Black-ish”) is included in the Best Actor lineup. Two other current Best Comedy Series contenders, “The Kominsky Method” and “Ted Lasso,” also scored major acting nominations (but none for Best Actress), while the rest, “Cobra Kai,” “Emily in Paris,” and “PEN15,” did not.

According to our combined prediction odds, “Hacks” is running second behind “Ted Lasso” in the Best Comedy Series ranking, with “The Flight Attendant” in third and “Black-ish” in sixth. Since Smart is the favorite to win in her category (with Cuoco and Ross trailing her in second and third place, respectively), she and her show have the best shot at keeping the tradition going for a lucky seventh year.