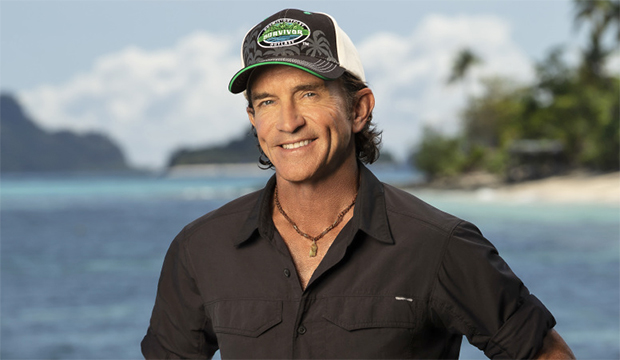 For the first time since Season 1, the winner of “Survivor 41” will be announced on the island. Let that sink in. There won’t be a cheering studio audience, no emotional family member hugs, not even a live reunion with all of the castaways. Jeff Probst spoke candidly with TVLine about the decision to scrap the live element of the finale and do everything in Fiji this time around, with one of his biggest takeaways being that he misses the “big energy” of having fans in attendance.

“There are pros and cons to both,” said the four-time Emmy-winning host about a live finale vs. a pre-taped finale. “I definitely miss the big energy of the live audience and seeing all the family members of our players. That kind of excitement is very unique because it’s more of an event. But what was really cool about revealing the winner in the jungle was the intimacy. There was no music, no fans screaming. The final three were still in their game clothes, in game mode, still starving, still exhausted.”

SEE ‘Survivor 41’: Jeff Probst surprises Final 5 with twist none of them expected (or wanted)

Wednesday’s “Survivor 41” finale will open with the Final 5 — Erika Casupanan, Heather Aldret, Ricard Foye, Deshawn Radden and Xander Hastings — arriving at their new island. Throughout the three-hour event, two people will be voted off and become members of the jury, joining current jurors Tiffany Seely, Naseer Muttalif, Evvie Jagoda, Shan Smith, Liana Wallace and Danny McCray. The player who earns the most jury votes at the end will take home the $1 million grand prize.

“It also felt special because it was just us,” Probst added about the on-island reveal. “So once the winner was revealed, they all shared this great secret. ‘Survivor 41’ was their season and only they knew the answer. That’s pretty cool.”

He also revealed, “Then we went right into something we’re calling the ‘Survivor After Show’ where we had a really raw and candid conversation about the entire season. And what was great about doing it immediately following the vote was the players were still in the mindset of the game. They had not been influenced by social media and the reactions of fans. They weren’t defending their actions, they were owning them. The only big con to doing it in the jungle is the non-jury cannot be a part of it. That was a big bummer for them and for us, because every player contributed so much this season and we wanted them to be with us, but we just couldn’t find a way to solve it.”

Addressing the shortened 26-day schedule, which was brought about by the Covid-19 pandemic, Probst explained, “The 26 days came as a result of having to shoot two seasons back-to-back with no break. We knew we couldn’t do two 39-day seasons, so we spent a lot of time working to make sure that we could do a full season in 26 days and that the experience would still be satisfying to the players. It’s still too early to decide if we would ever go back to 39 days, but I will say that we do believe in the 26-day schedule. And as you’ll hear during the ‘Survivor After Show,’ the players fully agree that 26 days still gave them absolutely everything they wanted from their ‘Survivor’ adventure.”

According to Gold Derby predictions, the winner of “Survivor 41” will be Ricard, with Erika and Xander close behind. Our odds-makers peg Deshawn and Heather as the least likely to win the game. What do YOU think?