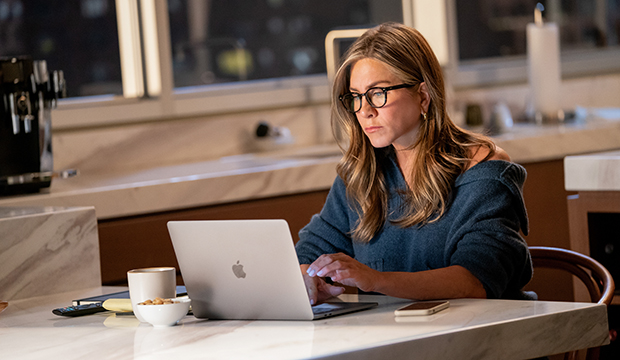 Claiming multiple Screen Actors Guild Awards isn’t unheard of — in fact, it happens quite often in the TV drama actress category. But to do it for playing the same character in non-consecutive years is still pretty rare, which is why it would be all the more impressive if Jennifer Aniston were to pull it off.

Aniston won in 2020 for her turn in the first season of Apple TV+’s “The Morning Show” and is back in the race this year after the show missed last year’s eligibility window. She would be the eighth person to win the award at least twice after Julianna Margulies (four times), Edie Falco (three times), Gillian Anderson (three times), Allison Janney (twice), Viola Davis (twice), Claire Foy (twice) and Sandra Oh (twice).

Falco is proof that reclaiming the top prize can be done. And she even did it with losses in between, while Aniston was simply not eligible last year. So in a way, she might even have it easier than Falco. Currently, her chances of snagging her second SAG Award are looking pretty good, as she sits in first place in Gold Derby’s combined odds with two Experts predicting her to triumph. She leads Sarah Snook (“Succession”), Elisabeth Moss (“The Handmaid’s Tale”), Mj Rodriguez (“Pose”) and her own co-star Reese Witherspoon. Meanwhile, Margulies, who joined “The Morning Show” in Season 2, is in sixth and is actually rising in the odds. Given her history, one should never completely overlook her.

But if Aniston is going to be seriously challenged this year, it’s may be by Snook, who plays fan-favorite Shiv Roy on the popular HBO drama and has four Experts predicting her to win. The series just returned for its long-awaited third season on Oct. 17 and will run right up to the beginning of the nomination voting period. This means “Succession” will be the most recent program to air (of those currently represented in the top five) by the time it comes to vote for the winner. Plus, with a populist body like the SAG Awards, the fact “Succession” has never been more popular, though it’s never having been nominated by SAG-AFTRA, Snook will likely have plenty of momentum and thus poses a serious threat.

The rest of the field looks to be chasing Aniston and Snook the whole way. Witherspoon was snubbed by SAG-AFTRA and the Emmys for Season 1 and may not be a serious threat to take away votes from Aniston, and although Moss has been nominated every year “The Handmaid’s Tale” has been eligible, she’s yet to secure a win. Unfortunately for Rodriguez, she also feels like a long shot following the Emmys. However, the fact “The Crown” is not eligible this year certainly helps her and the entire field. So it will be interesting to see how this race plays out, not just for Aniston but the rest of the nominees as well.