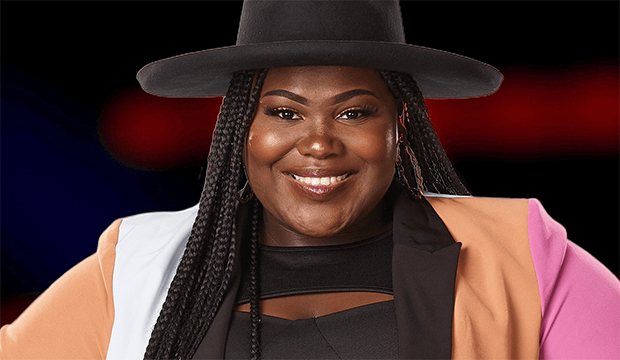 Is the years-long “The Voice” instant save curse about to be broken? If John Legend‘s gospel singer Jershika Maple ends up winning Season 21 during the December 14 finale, she’ll make history as the first artist to prevail who was previously saved by social media users. Since the creation of the instant save twist in Season 6, none of its recipients have ever gone on to win “The Voice.” Britton Buchanan (Season 14) and Toneisha Harris (Season 18) came closest by each placing second behind their winners, but all of the other times the saved artist finished near the bottom of their respective finales.

According to Gold Derby predictions, Jershika is predicted to come in fourth place after earning the last instant save of the year. This 24-year-old Killeen, Texas native has 12/1 odds to win Season 21, compared to 3/5 odds for front-runner Girl Named Tom (Team Kelly Clarkson). The other finalists are: Wendy Moten (Team Blake Shelton) with 9/2 odds, Hailey Mia (Team Kelly) with 15/2 odds and Paris Winningham (Team Blake) with 1001/1 odds.

Jershika belted out “Don’t Let the Sun Go Down on Me” during Monday’s performance show and earned praise from all of the coaches. However, she ended up placing in the bottom four on Tuesday’s results night had to sing a “save me” song to earn her spot in the finale. The instant save voters kept Jershika in the competition, instead eliminating Jim & Sasha Allen (Team Ariana Grande), Lana Scott (Team Blake) and Joshua Vacanti (Team Legend).

Here’s a look back at how all of the previous instant save/wild card recipients fared in their season finales: